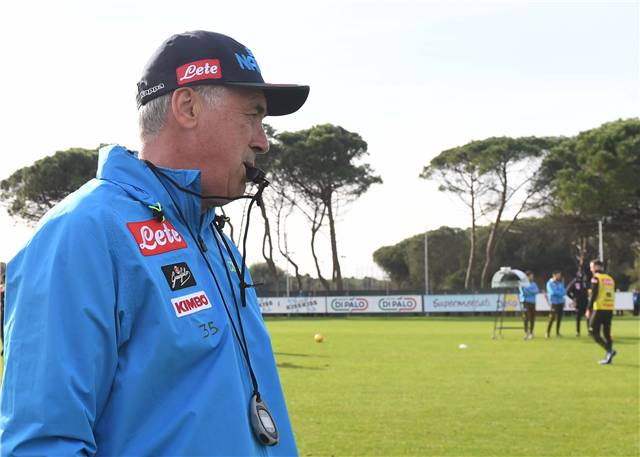 Ancelotti stressed that tomorrow’s match can be very important for the Seria A due to the duel between Inter and Juventus.

Napoli confronts a new Serie A game week with a decisive match before the Champions League game against Liverpool. Nevertheless, Ancelotti and his men only think about Frosinone. Carlo needs his team to smell the breath of the Napolitan Tifosi. Until today in the season, Napoli are being quite strong at San Paolo. 10 matches played at home, of which 7 were wins and only 3 draws.

Napoli wants to extend their good streak at San Paolo hosting Frosinone this Saturday (15.00 CET). A match that might seem easy if you take a look at both teams positions in the table. The Napolitans are second and Frosinone, from the centre of Italy, are second to last. Nevertheless, Ancelotti doesn’t want his team to relax: “We are a young club with great ambition. My group is young and competitive. Frosinone? Chievo was also easy on paper, it will be an important match as Juve and Inter are also playing against each other”, said the Italian coach.