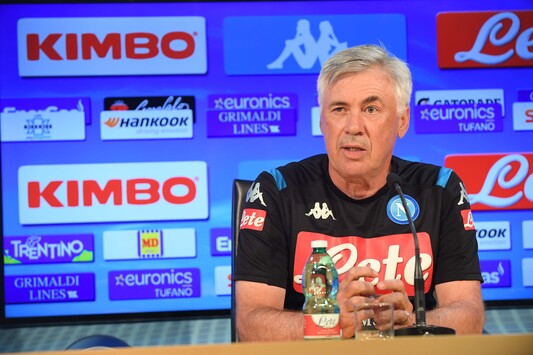 Napoli will  debut in the Calcio this Saturday (8:45 p.m.) against Fiorentina.

The die is cast. Napoli will raise the curtain up to a new season this Saturday in Florence (8:45 pm), the second year with Carlo Ancelotti at the helm. The game against Fiorentina will be the first step in a championship that the manager expects a lot: “This Napoli is more competitive than last year.” An analysis in which Ancelotti is based to go all in: “We have the quality to fight and try to win the championship.” The prestigious Neapolitan coach always plays to win.

“The market was difficult but I think we have signed the right players and we have reinforced the squad correctly,” admitted Ancelotti in his appearance before the Media on the eve of the game against Fiore. Among the new players, the arrival of the Mexican Hirving Lozano this Friday stands out, acquisition of which the coach is very satisfied: “His arrival increases the quality of the team. Like Manolas, Di Lorenzo and Elmas. I think we have a better team than last year. ”

Ancelotti, however, warns of the danger of Fiorentina, a team in which an old acquaintance of Carlo Ancelotti has just arrived: Frank Ribery: “They have reinforced well and with important names -Ribery-, they will have a great enthusiasm to make a good game. They are dangerous in the counterattack so we will have to do our best if we want to start with a win. ”