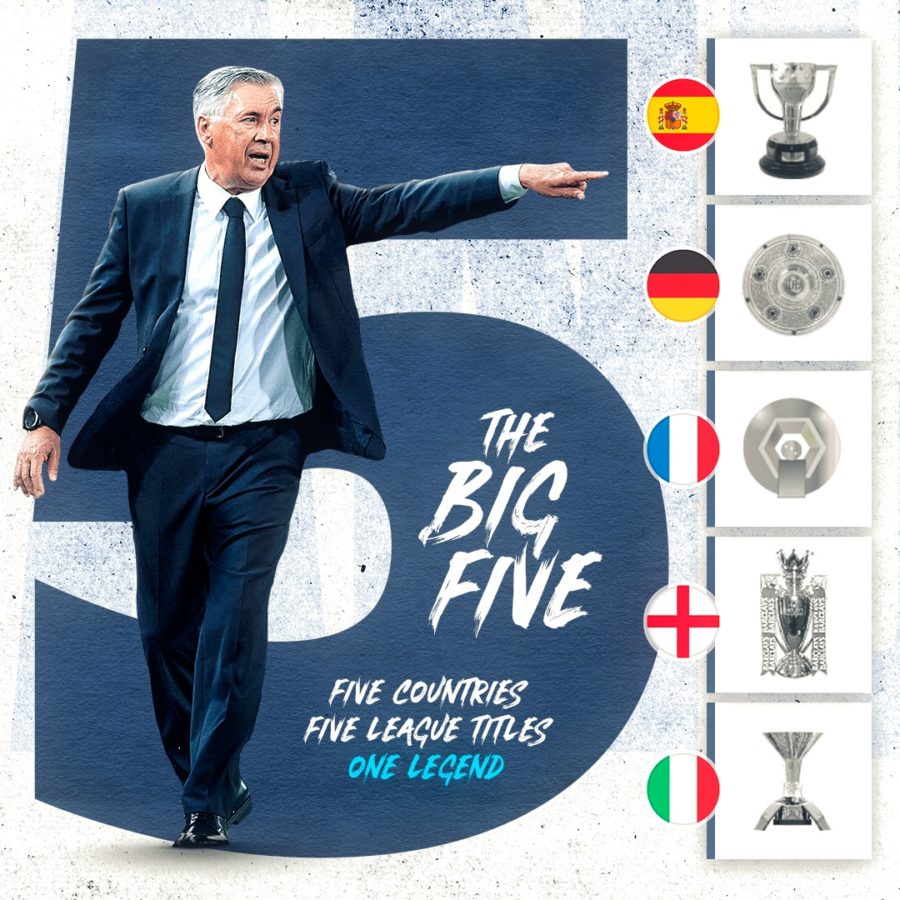 That’s the road traveled by Carlo Ancelotti on his way to the Olympus of football. After winning the league title with Real Madrid, he will write his name in gold letters. The five most potent and relevant leagues in Europe deserve no less recognition.

Of course, he could not have better executed the plan. When less than a year ago, Carlo began his second spell on the bench at the Santiago Bernabéu, Ancelotti had many challenges ahead of him. Among them was reconquering the La Liga title for Los Blancos. This 35th league title had a double meaning for Carlo: making up for the two seasons he failed to win this trophy and reaching a milestone that no other coach can boast about. After coming close to the league title in 2014 and 2015, Ancelotti accomplished a remarkable achievement that adds to the conquests made in Serie A, the Premier League, Ligue 1 and the Bundesliga.

It all started in Italy. At the helm of AC Milan, Ancelotti won the Scudetto in the 2003/04 season. He did it with great authority (eleven points ahead of Roma and thirteen above Juventus) when equality prevailed in Calcio. In fact, no team had won the title with such a point difference since the introduction of three points for a win (Serie A 1994/95). His first league title and the icing on the cake for a team that dominated Europe with authority.

The Ancelotti method was not satisfied with succeeding at home. The next league competition Carlo added to his already exquisite list of winners as coach was the most demanding and prestigious competition on the planet of football: the Premier League. In charge of Chelsea FC in 2009/10, he produced a historic championship, which culminated in an 8-0 victory over Wigan on the last matchday. Ancelotti beat Alex Ferguson’s mighty Manchester United by one point (86-85) thanks to a spectacular offensive production: 103 goals and a Premier record.

Until now, the fourth domestic title was secured with the 2012/13 Ligue 1 while at Paris Saint Germain, leaving Olympique de Marseille 12 points adrift. A competition that PSG did not achieve since the 1993/94 season. In the 2016/17 Bundesliga with the almighty Bayern, they finished with 82 points by 67 for RB Leipzig to become the first German football team to win five league titles in a row.