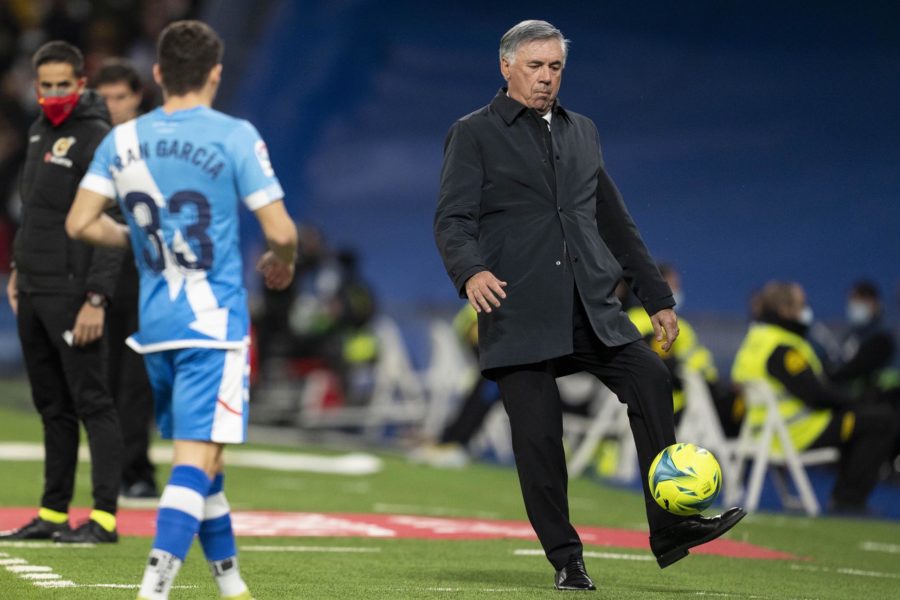 Real Madrid continues in the fight for the first place as Carlo Ancelotti’s team won this Saturday the derby against Rayo Vallecano (2-1) thanks to goals from Kroos and Benzema to make the 8th victory of the season, the third at the Bernabéu. “We had chances to score five or six goals but I’m happy because the team competed until the last minute,” said Ancelotti soon after he reached his 100 victories in 135 games at the helm. A milestone in the same way as the best managers of this historic Club.