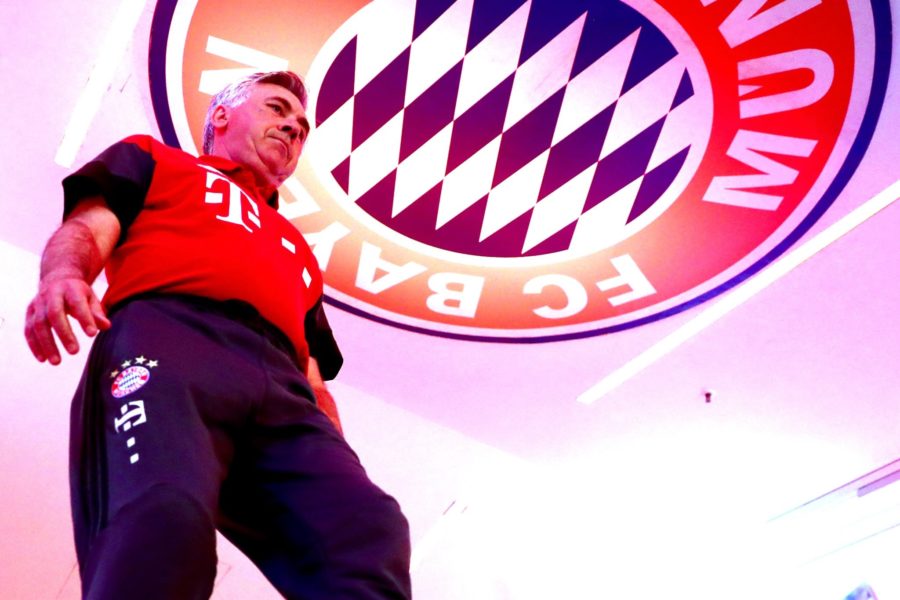 Carlo Ancelotti is confident to confront this first great match with Bayern Munich. The German Supercup’s Final against Borussia Dortmund (20.30 CEST) will be the starting point of this new era at the Bavarian team with the Italian coach at front. Something that has been marked by a good pre-season where Ancelotti has outlined what he expects from his players and he has also set the bases for his new project to reach the success path that ends near May, when competitions are at their peak.
Ancelotti knows what it is to win a Supercup. He has won that title three times: one in Italy with AC Milán as a player (1988) and two as a coach, AC Milan on 2004 and Chelsea 2010. Now he must repeat the success in Germany and he feels ready for this first title: “My team is ready. We have a lot of confidence in our posibilities but we know that it won’t be an easy match. There is no easy final. In this sense, Ancelotti warns about his rival: “They are a team with plenty of young players and they are very quick when attacking, we need to be alert and play our game”.
During the preparation of the first final, Ancelotti has received good news: “The players that took a little bit longer to arrive because they were with their national teams are also ready to play. Only Renato has some pain but I think he will be with us next week”. Also, it seems Ribery, one of the most important players of the pre-season, is also ready to play: “We’ve enjoyed much with Ribery this week, he is very into playing and he loves football”. Nevertheless, Ancelotti expects to conquer the Supercup and something else: “The best piece of news would be to avoid injuries. We’ve had a bit of bad luck this pre-season”.
Latest news
© Carlo Ancelotti
Back To Top
Este sitio web utiliza cookies / This website uses cookies / Questo sito Web utilizza i cookie / Diese Website verwendet Cookies OK+info