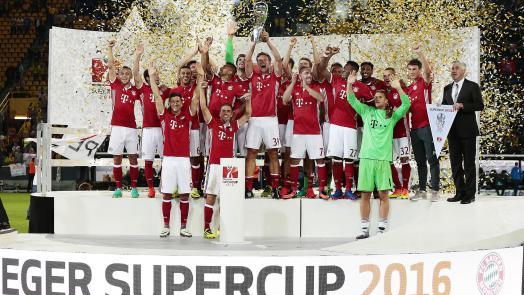 Carlo Ancelotti started his course at Bayern Munich as he likes: Winning. And it wasn’t a normal match. The Italian coach, in a very difficult final against Borussia Dortmund, took the team to conquer the German’s Super Cup (0-2), a title that the club hadn’t won in three years. Ancelotti came and won, enlarging his tradition of always winning the first official match in his debuts as a coach.

Vidal and Müller’s goals, both in the second half, let Bayern step over that pressure their rivals were making towards Neuer’s goal. The goalkeeper was, without a doubt, one of the greatest protagosnists of the night having made several saves that were as important as his teammates goals. Ancelott himself said that the team had gone from least to most: “First half wasn’t that good but the second half has been great”. 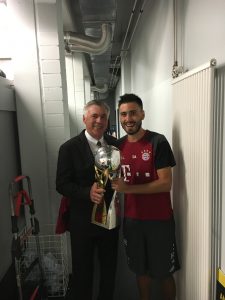 Ancelotti, who with this title with Bayern has 18 cups as a coach, did not hide his happiness after starting this new Munich stage  with a win: “I’m very happy to have won this match but Borussia were a good rival, they were better on the first half”. Carlo highlighted the good work of his team: “My players have proved that they are very good. I think I have a very, very strong team. Now we have to keep on working like this”.