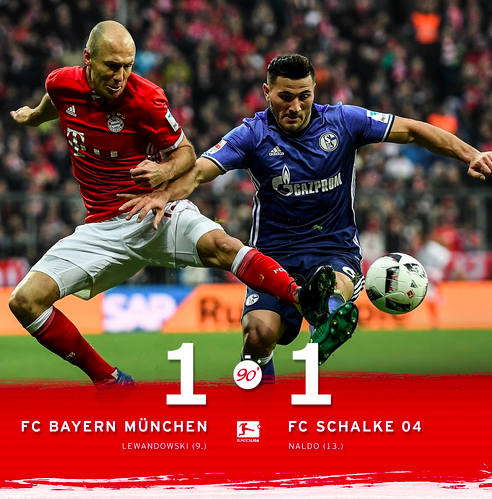 Bayern Munich could not avoid the draw in the first game of the year at the Allianz Arena despite they took an early advantage. Robert Lewandowski’s goal after nine minutes seemed to ease the game but Schalke levelled just minutes after, Naldo’s free-kick put the final one all on the score.

The draw, anyway, served Bayern to stretch their lead to 46 points and maintain the leadership whatever happens in the game between Borussia and Leipzig. Carlo Ancelotti, in this sense, did not have problems admitting the difficulties of his team: “We wanted to win and at the end we were close to it although Schalke troubled us. We have one more point and we have to keep working hard to get the things the way we want”.