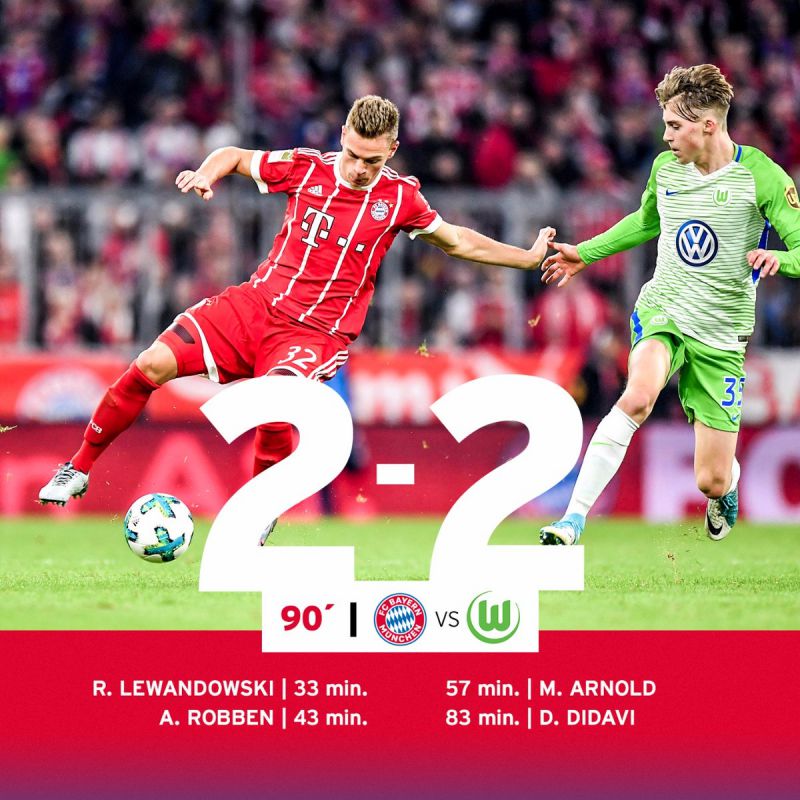 Bayern drew against a good Wolfsburgo at the Allianz Arena in a match in which they had enough chances to win the game.

A great first half from Bayern wasn’t enough to add the three points. The match ended up with a 2-2 due to the lack of aim from Ancelotti’s men, they created more than 10 clear chances but couldn’t win.

Bayern started the match in a good way an had several opportunities to get ahead. It wasn’t until the third try from Lewandowski when the locals scored. The Polish striker transformed a penalty to give advantage to his team. Ancelotti’s men didn’t relax and the 2-0 came as well. A shot from distance from Robben hit on Rafinha and went in Wolfsburgo’s goal.

The visitors didn’t get in the match until second half. A free kick brought Wolfsburgo back in the match. With the 2-1, Robben and Ribéry had several more chances to end the match but it was Davidi who scored the definitive 2-2 on the final moments. This draw made Ancelotti a bit critical with his team: “We didn’t play as we wanted. Wolfsburgo deserved that point”, said the coach.