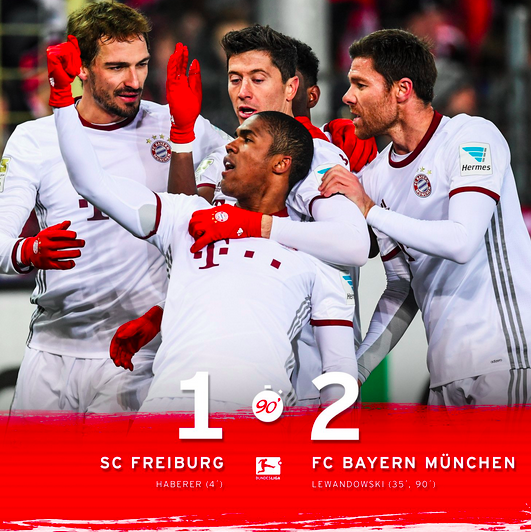 Four weeks later Bayern returned to the official competition and just as they did when saying goodbye to the year: they won. This time with plenty more difficulty as Freiburg got ahead on the 4th minute and Bayern couldn’t take the three points until Lewandowski, who scored both goals for the team, enlarged his figure and after a spectacular move inside the box surrounded by 4 defenders scored the definitive 1-2. It was the 91′ minute and everybody took a deep breath in Bayern.

This win, the sixth consecutive Bundesliga win and the 7th if we add up the win against Atlético in Champions lets Bayern lead the ranking of the League. Ancelotti was very happy for the victory and rested importance to the questions that implied Lewandowski’s dependency: “I’ve liked the heart and the personality of the team today. That is why we’ve won at the end”: