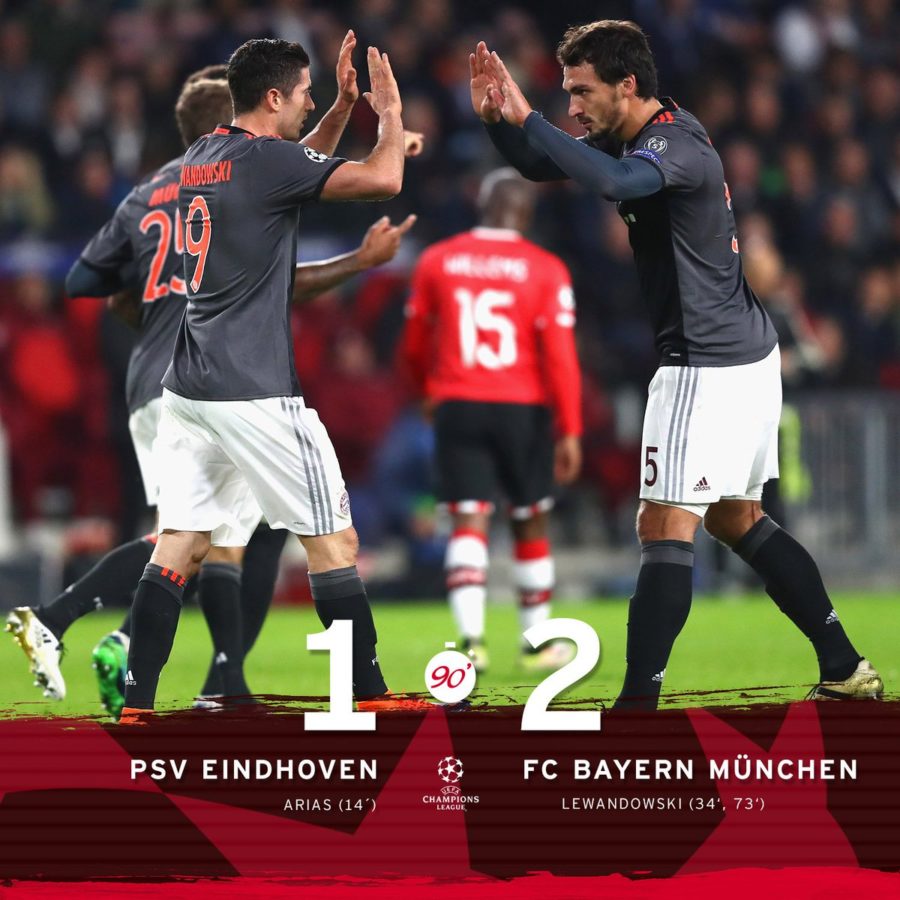 Bayern Munich won PSV (1-2) in its visit to the Phillips Stadion in Eindhoven. A vital victory that meant the mathematical classification of the Germans for the knockout stages of the Champions League.

PSV went ahead with a goal, in offside, from Arias after 15 minutes. However, Carlo’s men did not give up. And through a quick ball circulation they were in search of victory. Chances were coming minutes went by and the equaliser came quickly. Lewandowski scored from the penalty spot before the break and, after the break, again the Polish put Bayern ahead. The score did not change until the final whistle despite clear chances of the visitors (including a shoot that hit the cross-bar from Lewandowski).

Ancelotti´s team did not give up the match when they conceded the first goal and according to Carlo, that attitude was key to victory. “The beginning of the match was difficult, but gradually we got back into the match and we won deservedly. It was important for us not to lose confidence. ” commented the Italian.

.@MrAncelotti: “We fought our way back into the game and deserved to get the win.” #PSVFCB pic.twitter.com/Z2NzC6Piqx

PSV was a very compact team and hardly left space in the midfield. For this reason, Ancelotti decided to change Bayern´s offensive tactic: “I tried to change the system to play with two wingers and create opportunities in attack. We did and Lewandowski scored “.

With this victory, Bayern is already qualified for the next round of the Champions League and will fight for the first place of the group with Atletico de Madrid in the two matchdays remaining in the group stage.