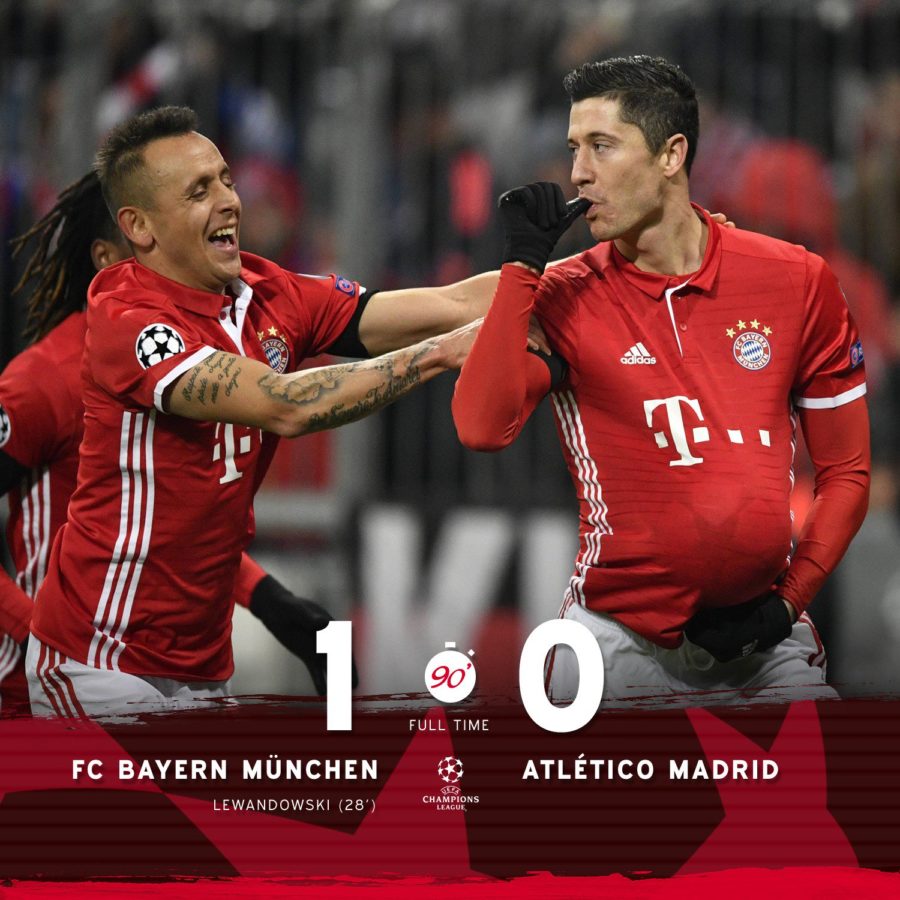 A great Bayern Munich beat (1-0) Atletico Madrid at the Allianz Arena. A great game was expected in the final day of the group stage of the Champions League and the clash did not disappoint. Especially for the way Carlo approached the game. The hosts dominated the match at all times and through a very fluid move of the ball they had the best chances. The clash was decided with a free-kick executed masterfully by Robert Lewandoski in the first half.

In the second half was very similar to the first one: possession of ball and occasions for the locals. And only the lack of goal prevented a more favorable score for Bayern. If on the offensive level Ancelotti´s men played a remarkable match, the defensive work was nearly perfect. Atletico barely had opportunities and when they managed to reach Neuer´s box, they found a defensive wall (the visitors only had one shot on goal throughout the second half).

At the end of the match, Carlo Ancelotti was very pleased with the work done against Atlético de Madrid: “We played well against a difficult team. We have done a fantastic game, played with intelligence and balance. Everything worked perfectly”.

A home win in the last #UCL group-stage game, @MrAncelotti: “It gives us a lot of confidence for the coming games.” #FCBAtleti pic.twitter.com/kMpEfyxFfK

Bayern reached 15 consecutive victories in the Champions League as locals, and Italian coach partly “blamed” the role of Allianz Arena in the record: “It’s a stadium that help us so much, the fans are very close to us. Now we´re looking forward to the draw”, finished Carlo.