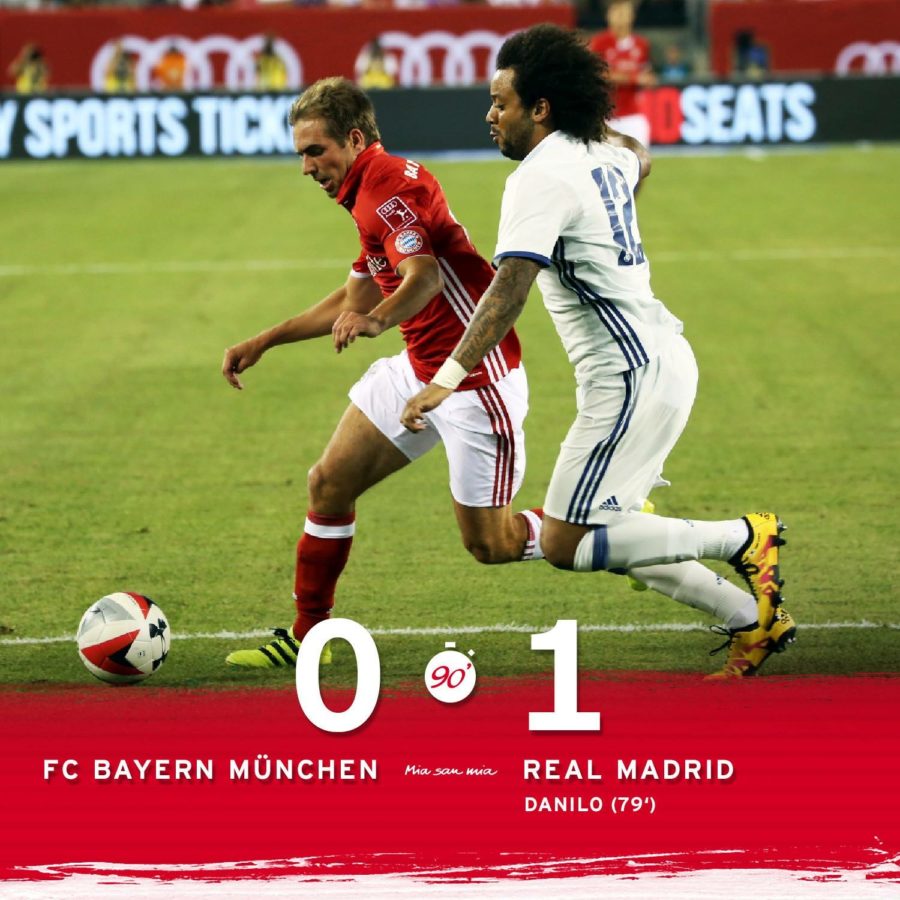 Bayern Munich ended up their tour in the USA with a match against Real Madrid that was decided by Danilo when there were only ten minutes more to play (0-1). Carlos Ancelotti’s re-encounter with his former team left a bittersweet taste even after a splendid first half but the coach missed some accuracy when it came to his team’s chances. The defeat, nevertheless, wasn’t more than a simple anecdote of a pre season were the coach is teaching his new players and working hard to get in shape for the next season.

The match, in any case, could have been different if that great shot from Alaba had got in on the first half but it went to the post of Casilla, or if Thiago’s chance hadn’t been rejected by the goalkeeper from the front of the box when everybody was shouting goal. Bayern first 45 minutes were what Ancelotti  needs: pressure, posession and fast playing on the last meters. A very positive thing without a doubt.

The pace decreased on the second half and Real Madrid felt more comfortable and Danilo ended up scoring after an individual game play. Ancelotti, had a good opinion about the match after all: ” I think it was a good match for us, there were many positive aspects. I stay with that”. Bayern’s coach, also, sent a message of confidence: “I believe in my players and I know we will make a fantastic season”.