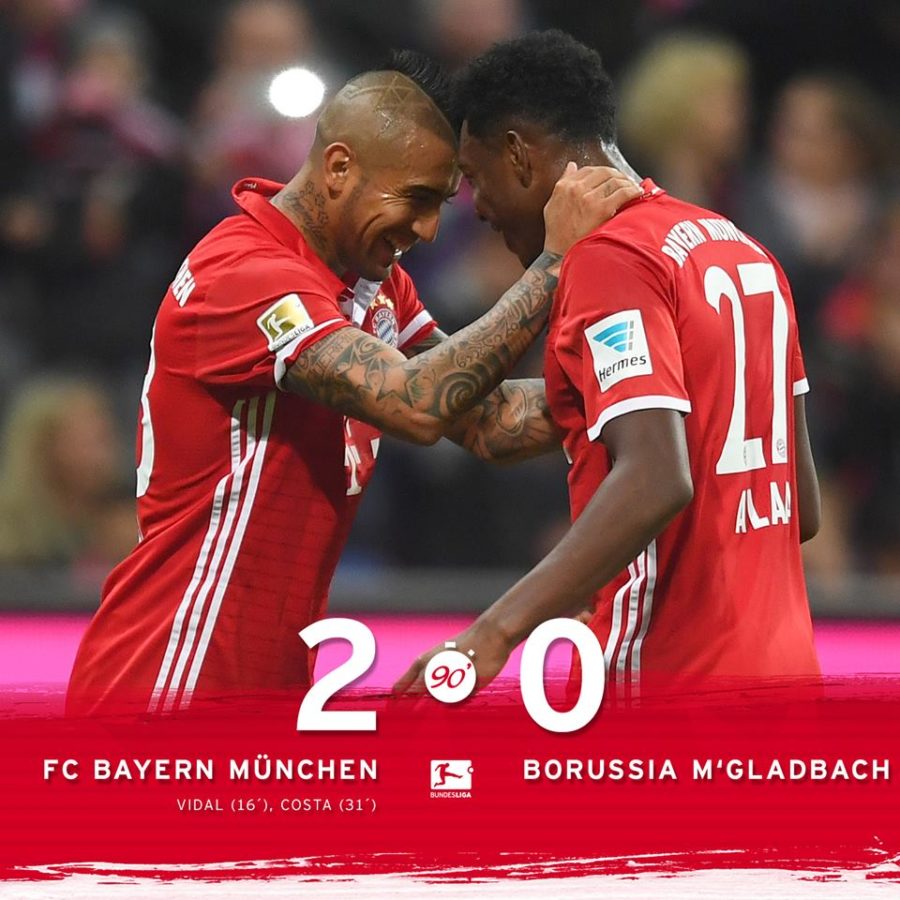 Bayern Munich performed quite well in their match against Borussia Mönchengladbach at the Allianz Arena in a cold afternoon in which Carlo Ancelotti’s team was in charge of putting the goals and good game for their 10th win of the season out of 13 games. The win against Gladbach alse breaks with the streak of two consecutive draws and let them keep dominating the Bundesliga.

Ancelotti’s words in the build up of the match helped his players who jumped into the pitch and went out to the pitch wanting to win the match against Gladbach, one of those teams that is always hard to beat. Or maybe it was that they wanted to forget about the precedents and showing that sometimes they are only relative when concentration and good football flow at the Allianz. Arturo Vidal with a brilliant header and Douglas Costa with a crossed shot were in charge of scoring tonight.

Carlo Ancelotti was happy with his players’ attitude: “We’ve done a marvelous first half. I’m very happy with the performance and the attitude of my players. I congratulate them”. The Italian coach wanted to highlight the good defence of his team: “We’ve defended well tonight, we shouldn’t only think of the attack, we must be well guarded on the back. “