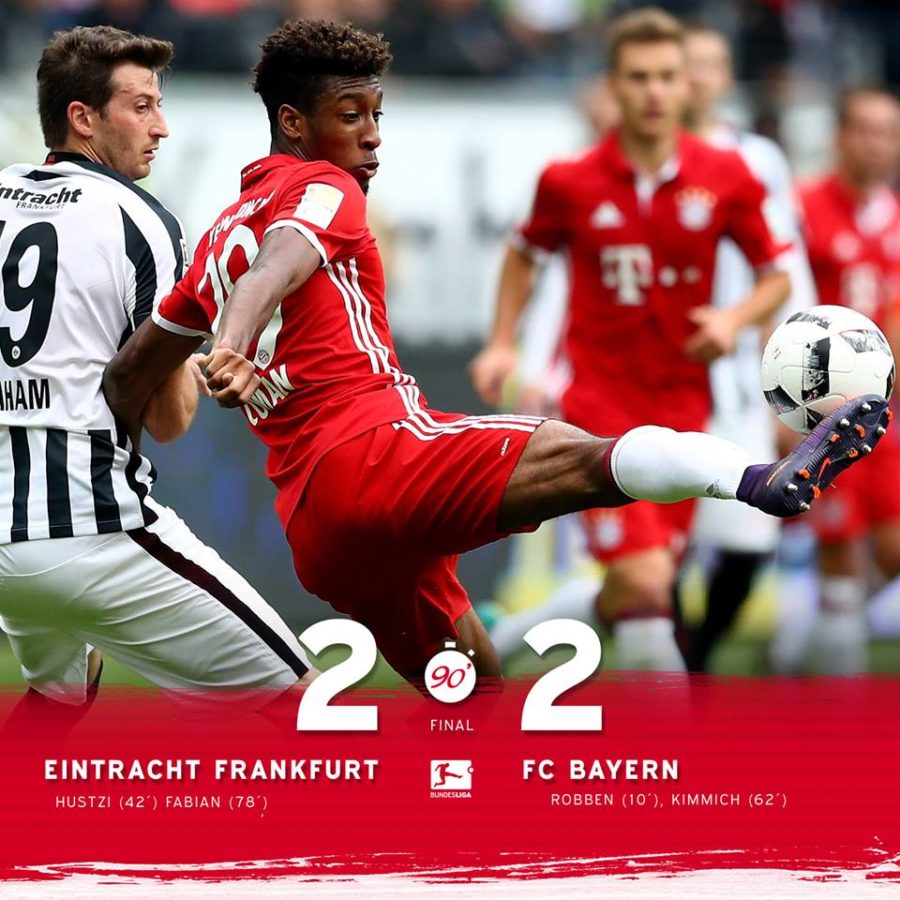 Bayern drew 2-2 in its visit to Eintracht Frankfurt in a game where despite taking the lead in two occasions could not earn the three points. Ancelotti’s team that obtained its second consecutive draw and keeps the top position in the league with two points ahead of Cologne, soon took the lead thanks to a goal from Arjen Robben, but Eintracht reacted and scored the equaliser just before the break with a goal from Hustzi.

The break activated Bayern that in the 62 minute Kimmich scored the second of the afternoon. The goal and Hustzi’s red card seemed to ease the game but in the 78 minute, the Mexican Marco Fabián levelled the score and Bayern couldn’t find the way to score the third and win the game.

Ancelotti who had previously warned about the difficult of the game against Frankfurt was categorical about the result: “I think is a fair result. We have to improve a few things though.” Luckily, Bayern will have the chance to amend these two bad resultsin the Bundesliga against PSV in Champions.