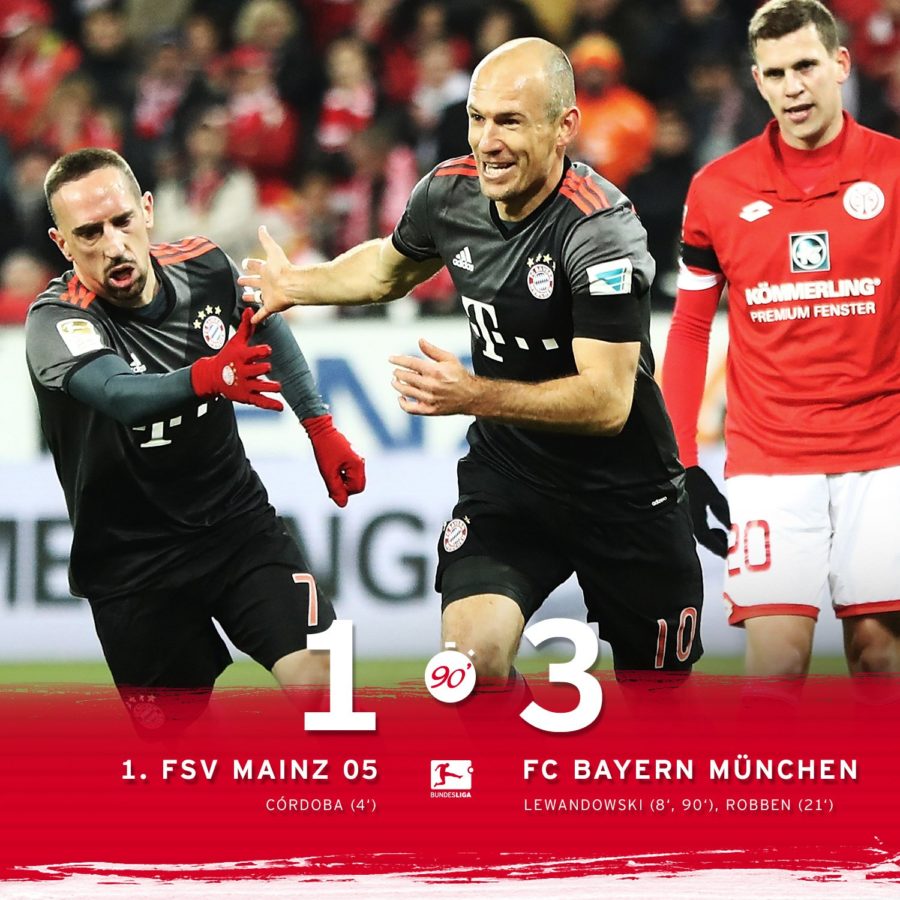 A combative Bayern conquered the Opel Arena in Mainz. Ancelotti´s team was surprised by the locals who took the lead in the score minutes after starting of the match with a goal from J. Córdoba. However, they recover the first goal and soon overcome the result with a goal from Lewandoski and another one from Robben.

After the break, Ancelotti´s men continued to dominate the game and tested the local team (up to 15 oportunities had Bayern throughout the match), but it was not until the 92nd minute when Lewandoski scored the final 1- 3.

By the end of the match, Carlo Ancelotti stressed his team has won the game in which was a vital match: “It was a difficult match, but we achieved a good result.

.@MrAncelotti: "We did well going forward in the 1st half, then @Mainz05en upped the pressure in the 2nd & it got more difficult." #M05FCB pic.twitter.com/kQ6qS9lYHf

With this victory, Bayer has positioned as provisional leader of the Bundesliga awaiting the game against Leipzig next Sunday.