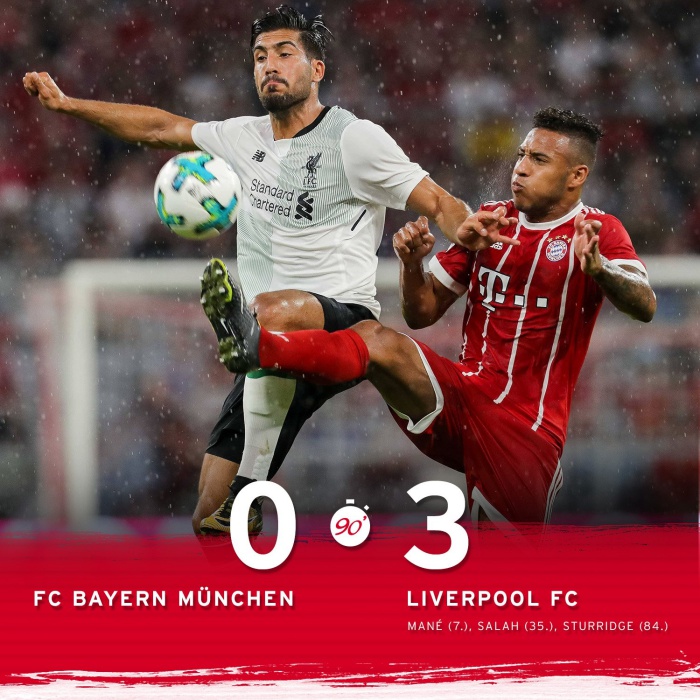 Liverpool edged out the German team with goals from Mané, Salah and Sturridge. An early goal from Mané (min 7) put Bayern behind the score. Despite the setback Ancelotti’s players did not give up and tried to score the equaliser through Müller and Lewandoski but this time the luck was not on their side.

Salah streched the score just before the break. In the second half and even Bayern kept triying couldn’t get back in the game. In the final minutes Sturridge scored the final 3-0. This Wednesday at 17.45 hrs the Bavarians has a chance to redeem themselves against Naples. Bayern will try to finish the Audi Cup with a victory before the German Supercup next Saturday.