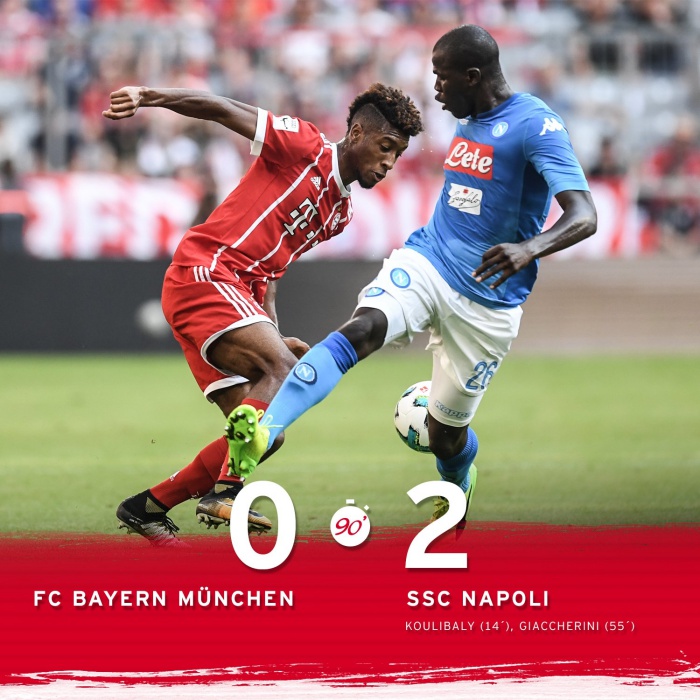 The German team lost to Naples in the consolation final of the Audi Cup. Ancelotti played with a team full of youngsters and set high pace in the first minutes of the game. They nearly score in four occasions but Naples took the lead thanks to a goal from Koulibaly after a few rebounds inside the area. Despite the setback Bayern kept fighting trying to give something back to the fans. However the lack of goal was a burden for the German team. In the second half, Giaccherini made the final 2-0.

The preseason comes to an end for Bayern and now is time to focus on the next challenge on Saturday. Ancelotti’s men face Borussia Dortmund in the German Supercup and hopes to start the season as they did last season, winning the trophy.