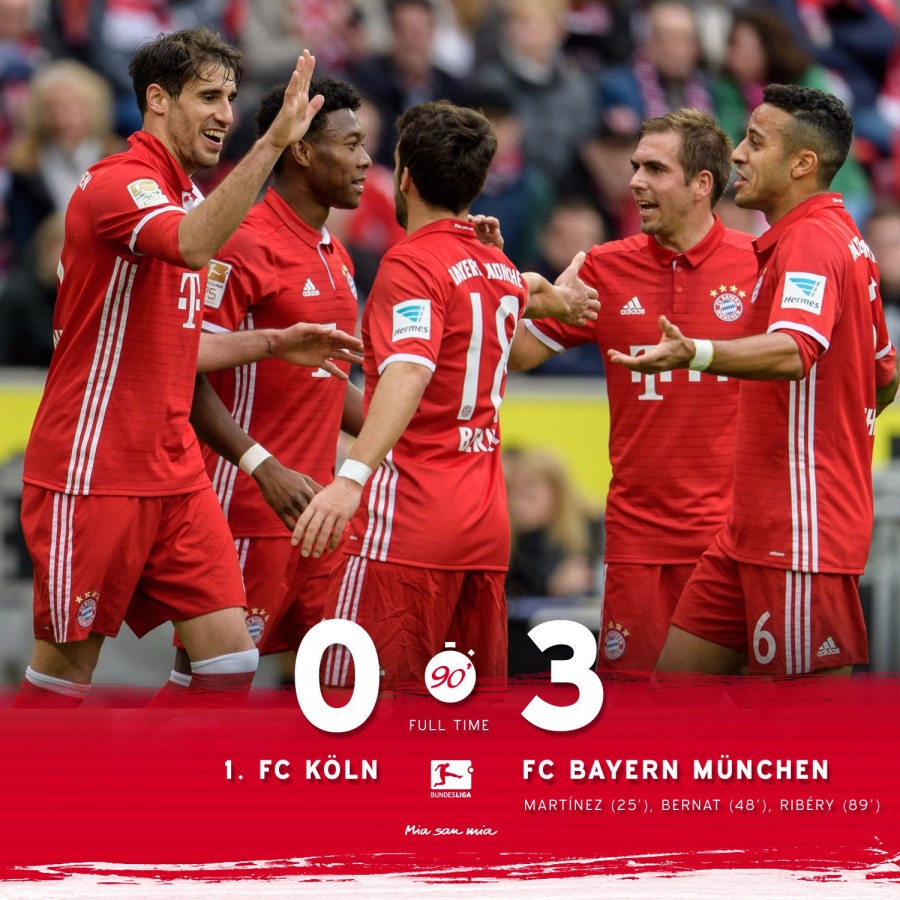 Bayern Munich beat Cologne (0-3) in a game where the Ancelotti men showed themselves serious and effective from the initial wishtle. The goals from Javi Martínez and Bernat and Ribery helped to secure the first place in the Bundesliga. After the draw against Leipzig, the gap between the first place and the second is now seven points.

A quick look at the #Bundesliga table as things stand, and it's now a 7️⃣-point lead at the top! #MiaSanMia #KOEFCB pic.twitter.com/iaKFCbwq7O

At the end of the game Carlo showed himself happy about the result, “it was a good game, we’re happy because it was an important game. We had problems at the beginning because of the defensive approach of Cologne. Nevertheless, after the first goal we had more spaces. And in the second half we played around great level”, admitted the Italian coach.

The victory against Cologne helps to confirm Bayern top form. Eight wins and two draws having scored 21 goals and conceded just five goals since the start of 2017. However, there’s no time to celebrate, next Tuesday the Champions is back and Ancelotti’s men have to finish, in London, the great job they started in the first leg of the last 16 of the Champions League.