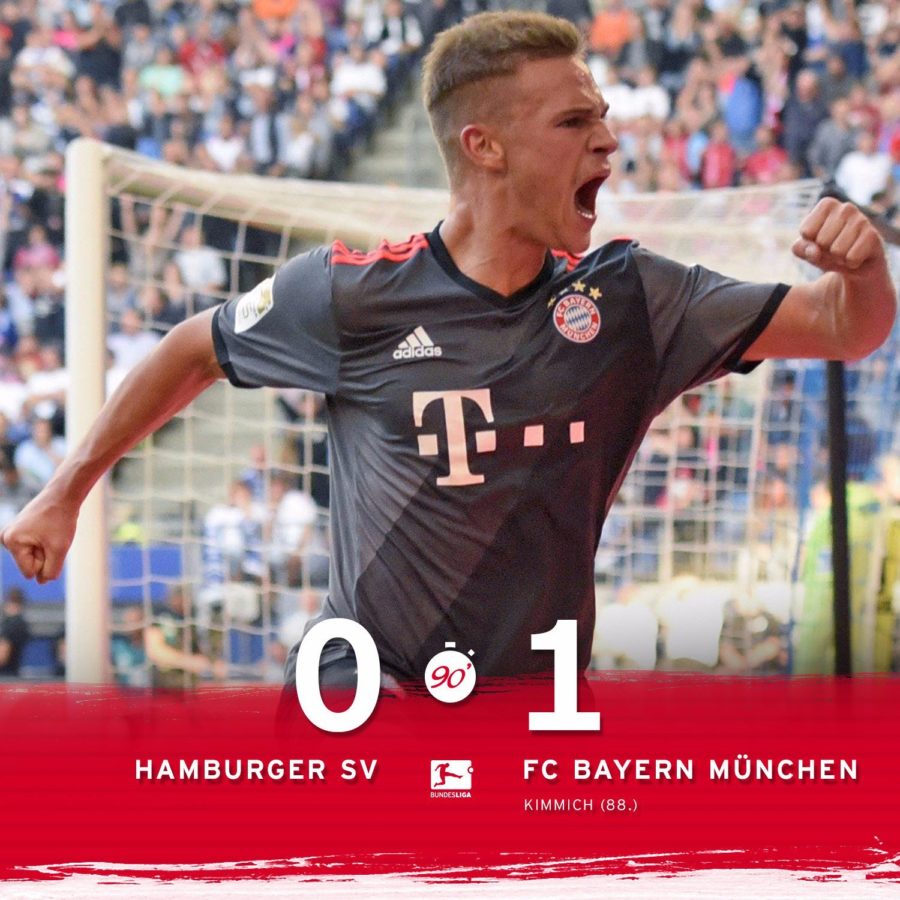 Bayern Munich keeps on being unrivalled on the 2016-17 season. Eighth official match of the season and all victories for Carlo Ancelotti. This time the rival were Hamburg, a very spirited team who tried to resist Bayern’s constant charges until the last minutes.

Bayern Munich’s siege wasn’t succesful until the end when Kimmich perforated Hamburg’s wall and was able to beat Adler. Before that Ribery, Alaba and Arturo Vidal tried to score without success. Nevertheless, Kimmich goal, who has scored 4 already, keeps Ancelotti’s team leading the table of the Bundesliga.

Carlo was quite satisfied with the result of a match that was difficult for them: “It was a very complicated match. Especially the first half. Hamburg played with plenty of pace”. The Italian coach highlighted that it is important to give a rest to the footballers as the season is very long. “I prefer to rotate even when we are talking about Ribéry and Robben”, said Ancelotti.