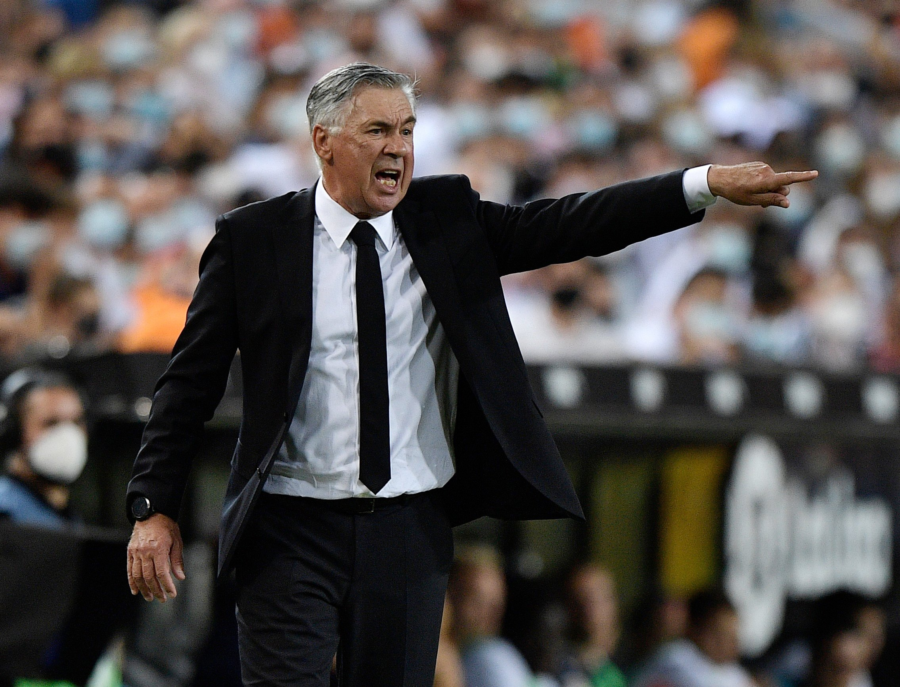 Carlo Ancelotti celebrated 800 games as a major league coach this Sunday at Mestalla, and nothing better than celebrating it with a fantastic comeback. That is a blow of authority for Real Madrid in La Liga. Valencia was a tough nut to crack and put Los Blancos against the wall until the 86th minute when Vinicius appeared to level Hugo Duro’s goal in the minute 66—easing a comeback that completed Benzema two minutes later (88′) with a header after the Brazilian’s cross. A reaction achieved with character and faith and that place Ancelotti’s team top of the league, two points off Atletico de Madrid

Right after the end of the game, Carlo Ancelotti wanted to praise his players: “I couldn’t be more proud of them. They have shown once again they always fight to the end. The spirit of this team is endless”. Carlo also pointed out defects to be polished to avoid so many complications: “We have to improve a lot in the defensive aspect because we have to be more aggressive without the ball, but with this spirit, we are going to fix it.”