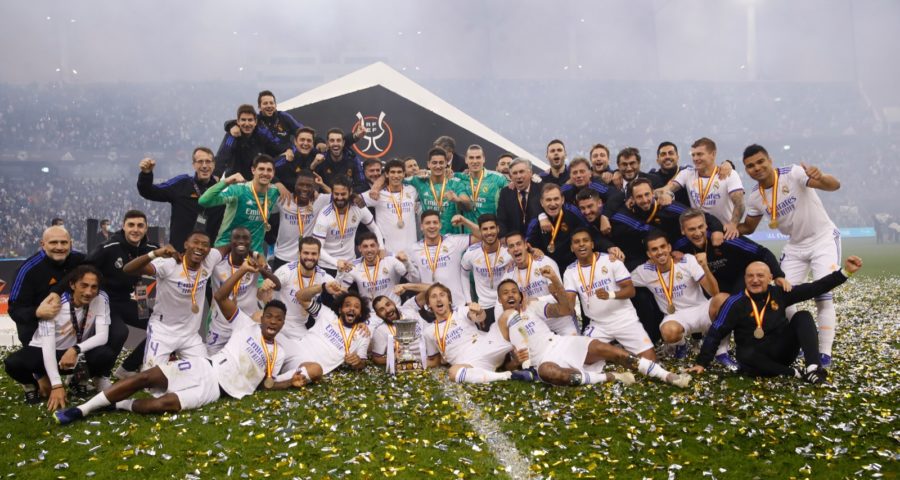 A goal from Luka Modric in the first half and another from Karim Benzema in the second were enough for Real Madrid to beat Athletic Club in the Super Cup final. Los Blancos celebrate an emotional and meaningful title: the club ended a long period without winning a trophy, and Carlo Ancelotti once again did it with Real Madrid.

In doing so, Carlo adds his 21st title against Marcelino’s team, the fifth as Real Madrid coach, and can boast of having won the Super Cup in the five major leagues. Ancelotti could not hide his satisfaction: “I am delighted. It is a title that we have deserved for how we have played the final and the semifinals, and we are just the champions.”

Ancelotti, beyond football, valued the title on an emotional level: “It’s very nice to see my players and all of Real Madrid so happy and enjoying themselves”. Of course, not only the footballers, for the coach, this title also has a particular aspect: “I don’t get tired of winning because I haven’t done it for a long time. I have enjoyed it very much”.