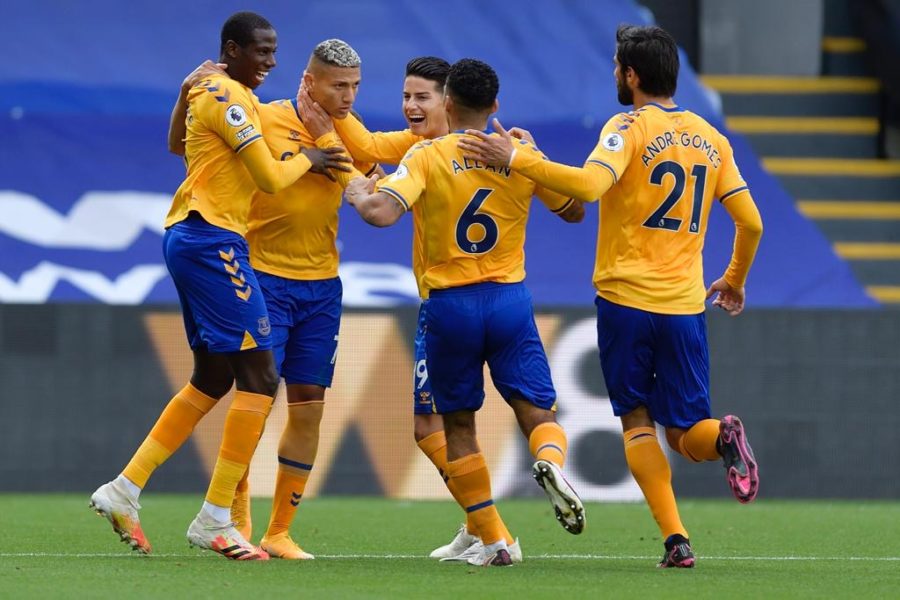 Ancelotti’s team get their third consecutive win on the Premier League, something they haven’t done since the 93/94 season (27 years ago).

Everton remain strong in the start of the Premier League season. They achieved their third consecutive win, something they hadn’t done since the 93/94 season. To spice up Ancelotti’s effort in the team, they’ve won two Carabao Cup matches, which makes five consecutive wins. This hadn’t happen since the 1938/39, 83 years ago.

This win, again, had the name of Calvert-Lewin and Richarlison. The two strikers remain on their scoring streak and this weekend they proved it again next to James Rodriguez, a man that helped on the two goals. Ancelotti was happy but demanding: ‘the team had a wonderul spirit to achieve another win. Nevertheless, there are things we must improve to keep on getting better, we need to be more concentrated’, said the coach.