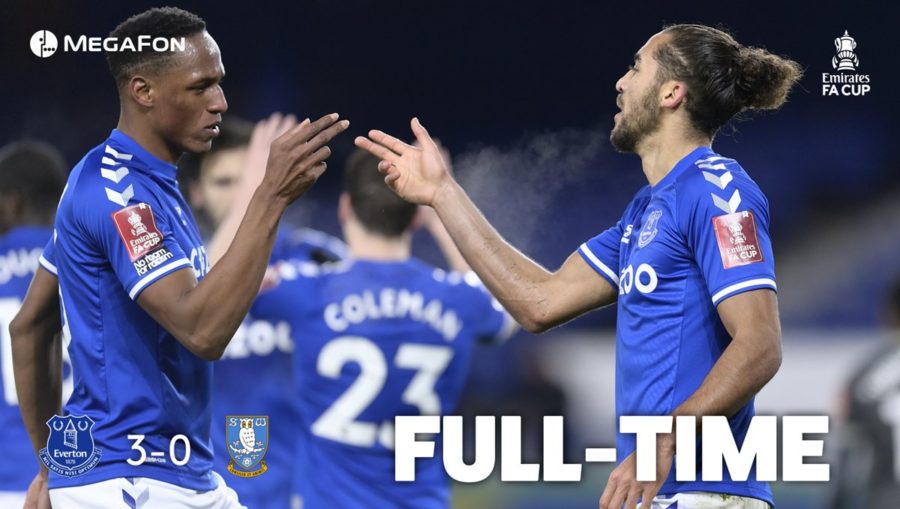 The goals were scored by Calvert-Lewin, Richarlison, and Yerri Mina (3-0) in an excellent match for the Toffees at Goodison Park.

Carlo Ancelotti not only showed his respect and veneration for the FA Cup with his words during the build-up of the match, but he also did so by announcing his line-up, where the names of Calvert-Lewin, Richarlison, James or Gomes appeared … It was a declaration of intent. To round out the equation, Everton displayed a great attitude and the determination of those who contemplate nothing other than winning.

So it was. The first to hit was Lewin, who unblocked the scoring to pave the way to the knockout stages of the FA Cup. Richarlison and Mina, in the second half, were responsible for not making mistakes. Carlo Ancelotti still had time to make their debut for two promising youngsters: Tyler Onyango and Thierry Small, the latter becoming the youngest player to debut with Everton in their entire history.