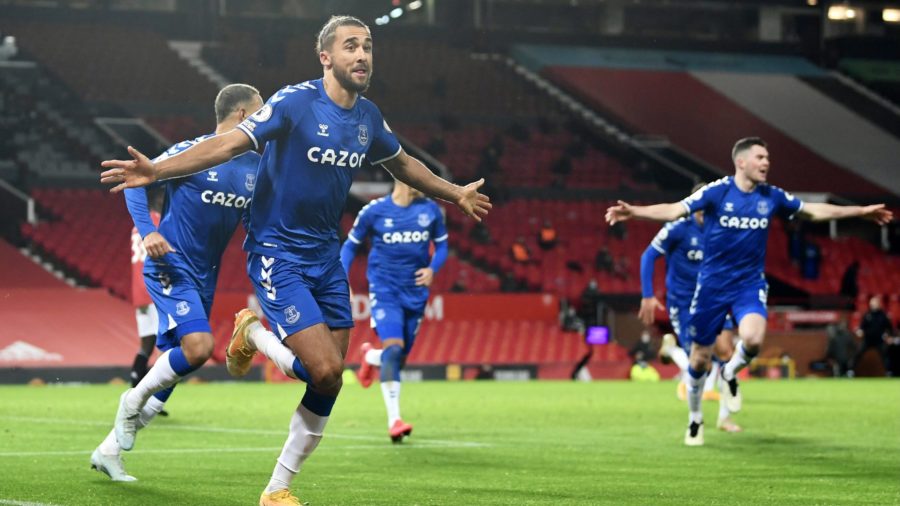 A goal from Calvert-Lewin in the 94th minute gives a valuable draw (3-3) to Ancelotti’s team against Manchester United.

The visit to Old Trafford is, by definition, one of Everton’s biggest challenges every season, and this time they came out more or less happy against Manchester United. A goal from Calvert-Lewin when the game was difficult gave a valuable point to those of Carlo Ancelotti, a team that demonstrated credentials against a direct Champions League rival.

The match couldn’t have started worse for Everton, as in the first 45 minutes they saw United score a shocking 2-0 and they had an unsettling sense of frustration. It was time to change things. Ancelotti must have done his job well because as soon as he set foot on the pitch, the toffee team had already neutralized the advantage. Goals from Doucoure (49 ‘) and James (52’) brought the score back to the starting point. The tie (2-2) did justice and raised a second round trip with options for both teams.

United, again, was in charge of getting ahead with a goal from Mc Tominay in a free kick by Fernandes. Everton had to suffer again. And so they did. Ancelotti’s team never lost faith and had their reward in the 94th minute when everything seemed doomed. Calvert-Lewin was in charge of rescuing everything to close an epic night. “We have shown our character and spirit. We have never wanted to leave the game and this draw proves it. We should be proud of this team, ”Ancelotti said.