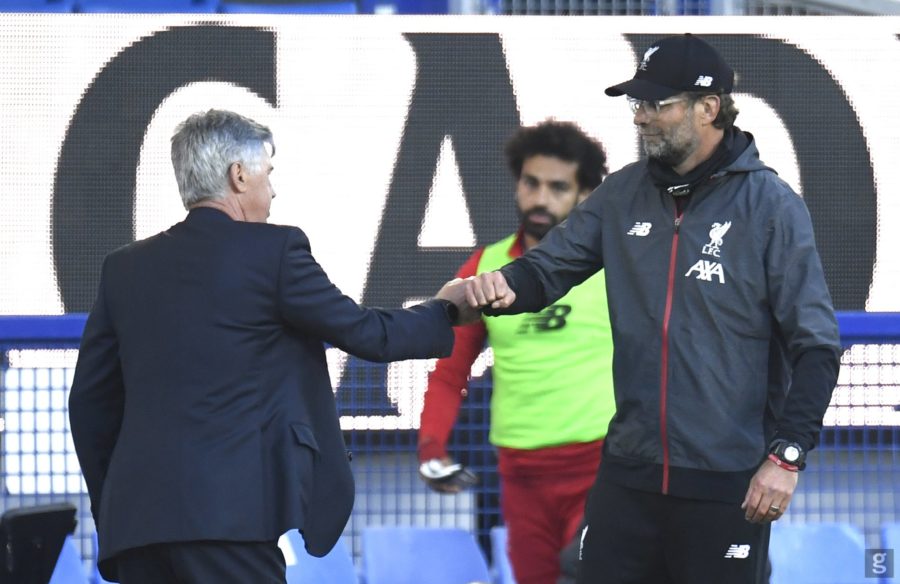 Ancelotti lined up the youngest Toffe side in a derby since 1986 (24 years and 250 days average).

The Premier League returned to Goodison Park and did so in a thrilling game where Everton hold Liverpool to a draw, a point distribution (0-0) that prevented Jurgen Klopp’s team from celebrating the league title. Not only that, but the Reds also came off well in a game in which the team led by Carlo Ancelotti had the best opportunities, even Richarlison hit the post.

The break in the PremierLeague, forced by the world pandemic caused by the Coronavirus has marked the season but Everton showed that they have done their job during the confinement and Ancelotti’s side hold Liverpool, the next champion of the Premier except for a major setback, and made it clear that they continue in the upward competitive line they had secured since Ancelotti took charge of the helm.

“We had our chances to have won the derby. We did our best and I think we lacked a bit of luck to have had a great result.” Ancelotti was very please at the end of the game despite the goalless draw against the city rival. “We played a good game and this is a good reason to be happy and optimistic thinking of the rest of the season”.