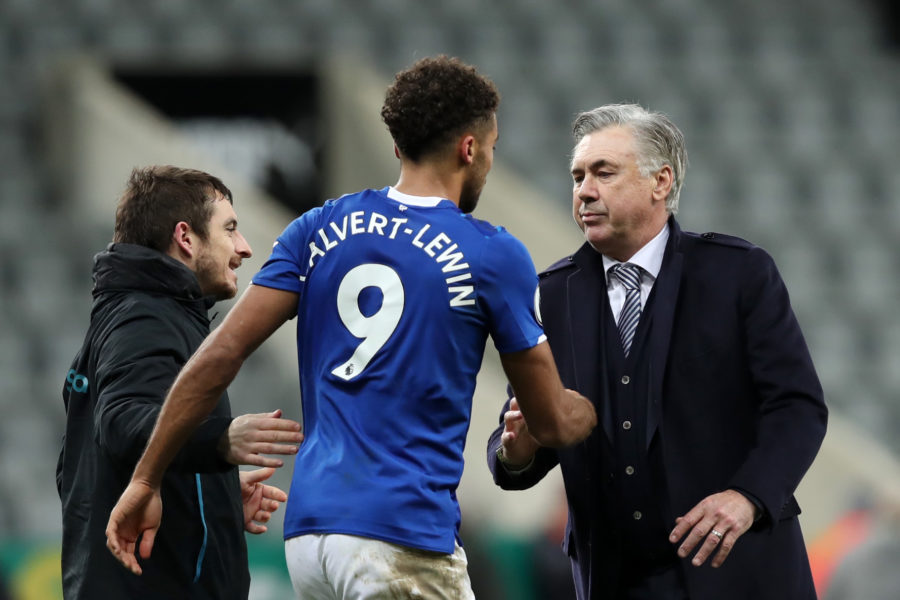 Two matches, two wins. The stats from Carlo Ancelotti’s first steps as Everton coach couldn’t be more promising. The Toffees took all three points against Newcastle (1-2) with a brace from Dominic Calvert-Lewin, a player for whom the Italian could not have more words of praise: “He has been decisive for us. He has everything required to be a top player in England and Europe.”

The win at St. James’ Park allows Everton to put some distance between themselves and the relegation zone so they can begin to look at the top half of the table. On top of that, Ancelotti’s men have received a confidence boost ahead of a difficult start to 2020, where on January 1st they will face Manchester City, current Premier League champions, before playing Liverpool on the 5th – the undisputed top-flight leaders.

“I am very pleased with the performance from the players and the result. I believe that we did a great job at a difficult ground, although we still have to improve in certain aspects. It’s tough for us to control the game, like in the last 20 minutes of the first half. But, generally speaking, we are on a good path.”