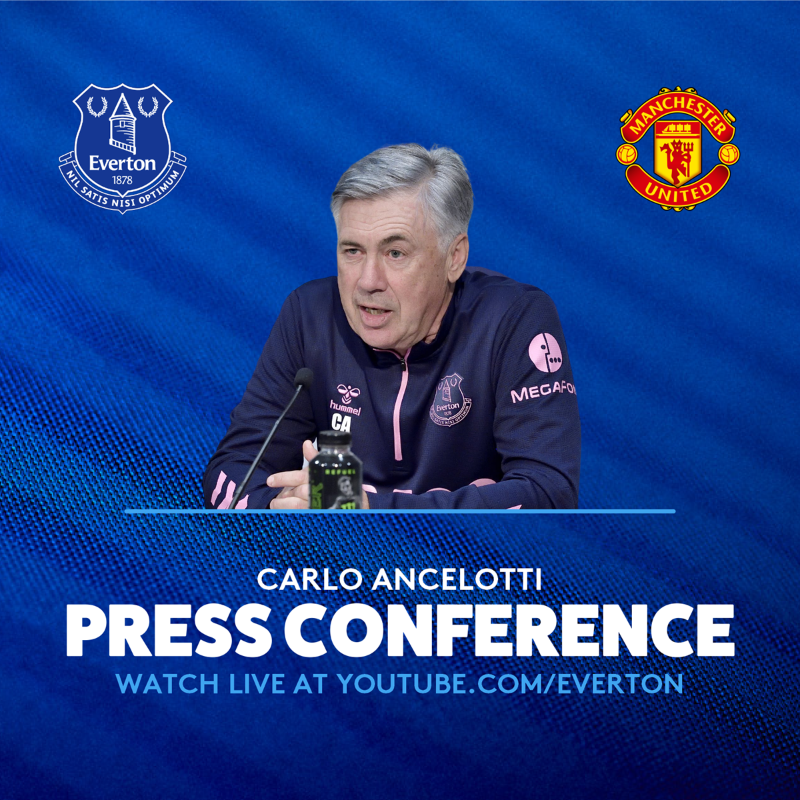 Carlo Ancelotti asks his players to put the Newcastle and Southampton defeat behind and show determination against United to lead the Premier League.

Everton’s boss doesn’t look back. He didn’t flex his muscles in the best moments at the beginning of the season nor took the turn for the worse after both league defeats. Though, Carlo Ancelotti wants to get back to winning ways this Saturday in Manchester United’s visit to Goodison Park (13:30hrs): “It’s a great opportunity to forget the defeats and show we want to be at the top. We must show once again our competitive level”.

Ancelotti, who in a press conference, praised Solskjaer’s team despite the bad results both in Champions and Premier League, doesn’t want his team to get carried away: “It won’t be an easy game. The team is not are their best but still a strong team, they lost last week and probably want to play at their best. We must be focus and alert”.