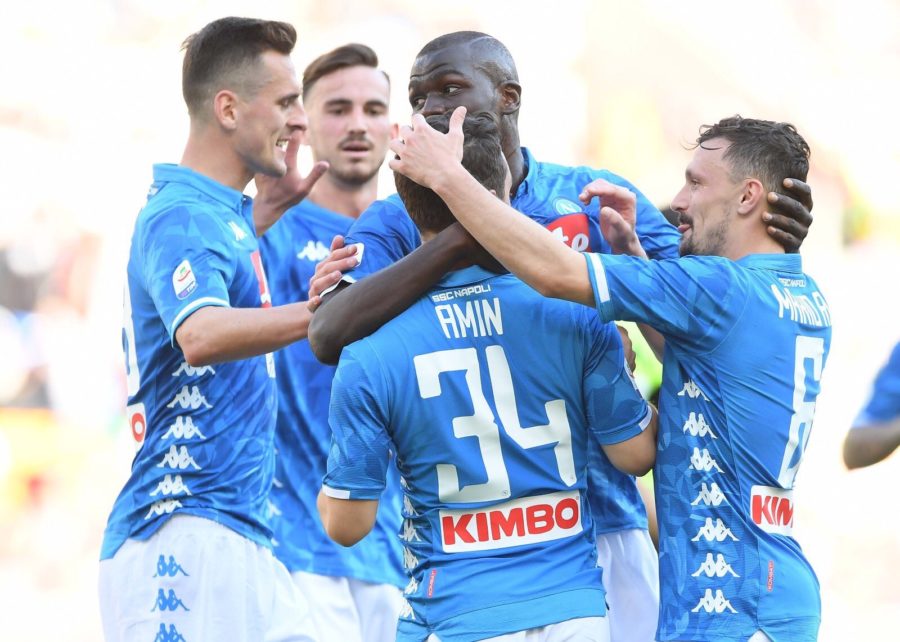 Ancelotti’s team shows its goalscoring potential with the tie against Arsenal on the horizon.

Calcio’s second place has an owner and so was proved at the Roma’s Olympic Stadium. Ancelotti’s Napoli did not give any options to Ranieri’s AS Roma and ended this game-week with an outstanding win (1-4) and three more points that although it does not give them any options to win the title – they are 15 points adrift from Juve – are a boost in the face of the important tie against Arsenal in the Europa League.

An excellent play from Milik, with a back heel control included, gave Napoli the advantage on the score with just two minutes gone. A goal that eased the game for the Neapolitans but a penalty just before the break put some uncertainty on the score. Perotti scored the penalty and calm the situation down but could not close the wound… The second half was nothing more than confirmation of the current difference between the teams. The goals from Mertens 49´, Verdi 55´and Younes 81´ sealed a deserved victory.

Ancelotti very much valued his team victory: “These victories are very important to arrive in the best condition to the tie against Arsenal. It is going to be a complicated tie and this reinforces our confidence in the work we have been doing.  We will continue to compete to the maximum until the end”.