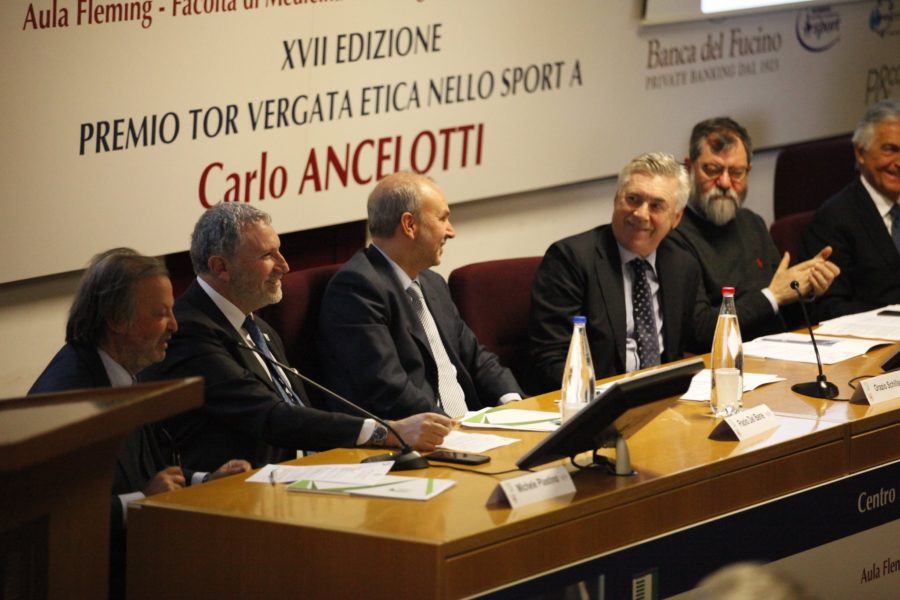 The coach receives the award and invites everybody to ‘avoid infecting football’ and defend ‘respect and tolerance towards everybody’.

Carlo Ancelotti was awarded this Monday at Rome with the Etica Nello Sport given by the University of Tor Vergara. The XVII edition of this award ended up in Carlo Ancelotti’s hands acknowledging his career but specially his honesty, respect and his defence of the sport values when at his career, exemplified lately on his fight against racism in football.

Ancelotti, very grateful for having received this award, addressed the present public to stress the reasons for which he has been distinguished: ‘It’s an honour to receive this award and it reinforces me to keep on believing that this sport shouldn’t be contaminated nor strayed from the values that distinguish it. In my opinion sport is a school where only respect and tolerance is accepted. This is why I think this award should continue existing’.