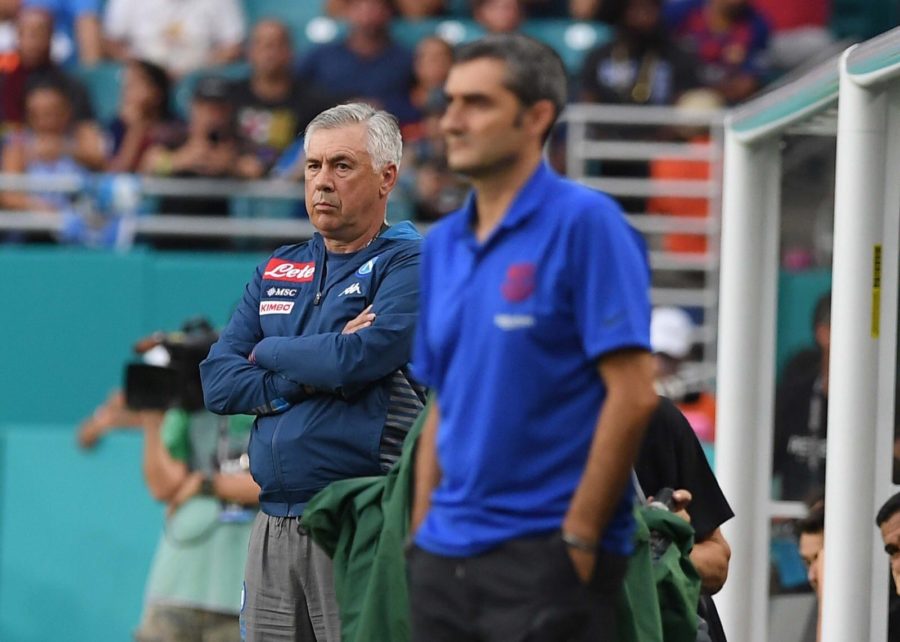 Ancelotti’s team lost 2-1 in a match in which they deserved much more.

Napoli and Barcelona honoured their name and offered a great show to everyone in Miami in a match in which the Spanish team won 2-1, but it also was a match in which Napoli proved they are prepared for these kind of quality games. In fact, most of the better chances were for the Italian team. Only the bad luck prevented Napoli to change the final score.

Sergi Busquet scored the first one for Barcelona but Napoli evened the match thanks to a good game play by Callejón who played an astonishing first half.

After half time Napoli made several chances to score but Barca knew how to take advantage of their opportunities too. A goal from Rakitic made the final 2-1 for Barca. “We confronted a great opponent of great quality and I think my players played the match with professionality and did good job. I have nothing to blame them because we have played at a great level”, said Carlo Ancelotti to sum up the match.