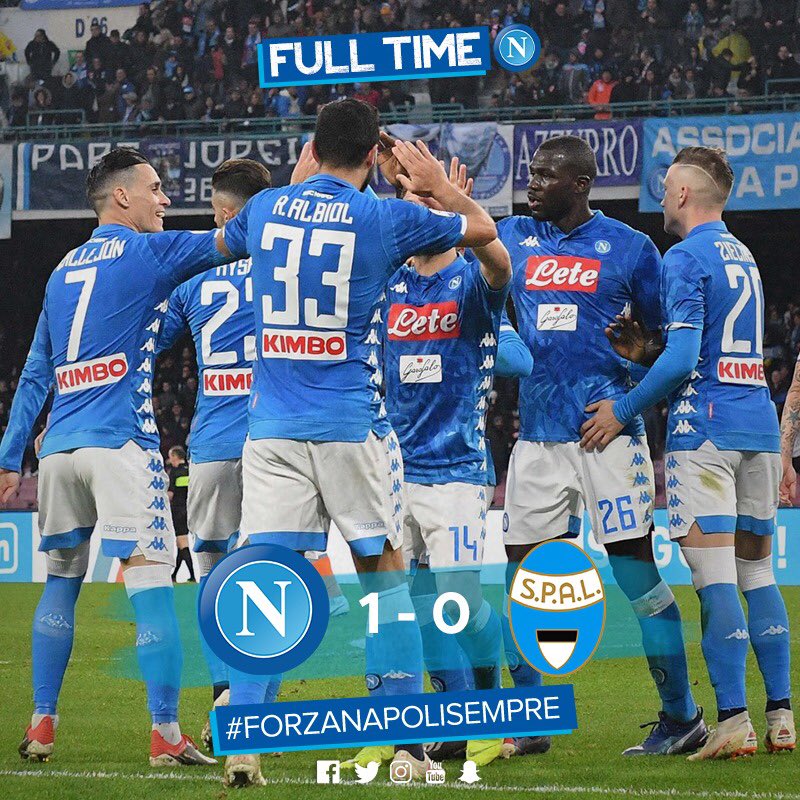 Ancelotti´s squad got all three points thanks to a goal from Albiol and achieved the fourth straight victory in Serie A.

Napoli continues its winning streak at San Paolo. So far this season they has won nine games and drawn two. The last team to be defeated has been Spal (1-0). Napoli won thanks to a goal from Albiol in one of the many occasions they had throughout the match. The score was tight until the very last moment. “When you’re 1-0 in the final minutes, it’s always like that. We compete against a very well-trained team, ” Carlo acknowledged.

Despite Ancelotti is bringing out the most of his team performance, Reggiolo’s coach still hopes to keep improving. “We have to focus on ourselves and try better every day. We have not yet reached our full potential, “Ancelotti said.

A job well done today. We can now celebrate a Merry Christmas. pic.twitter.com/ml610TllGt