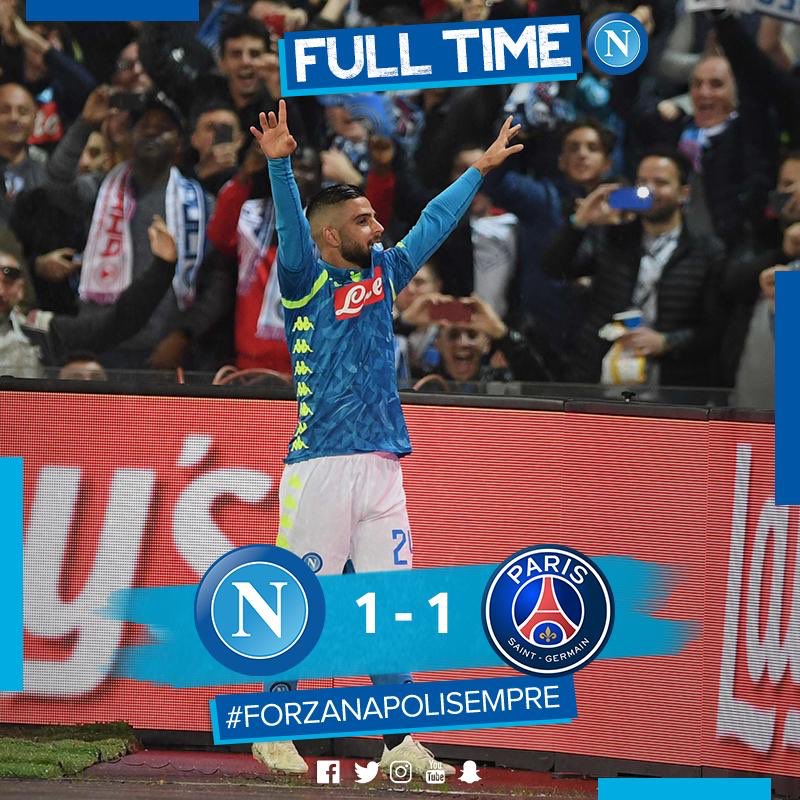 Ancelotti’s team are co-leaders of their group and are performing better than ever in the Champions League.

The Champions League returned to San Paolo and it did with a great match. Napoli and PSG fought until the end to win and certify their next round qualification but the match ended with a draw (1-1) thanks to goals from Bernat and Insigne. Ancelotti’s men performed well on the second half, but it wasn’t enough to get the three points. “It was a tough match but we got a good result”, said Carlo.

This is the best Champions League beginning for Napoli in thier whole history. Never before Napoli had reached the 4th game without meeting a defeat. Also with this draw Napoli are co-leaders of Group C, even in points with Liverpool (6 points). *We’ve played against one of the best teams in Europe. We ended the matches against PSG with an advantage in direct games. i’m very happy”.