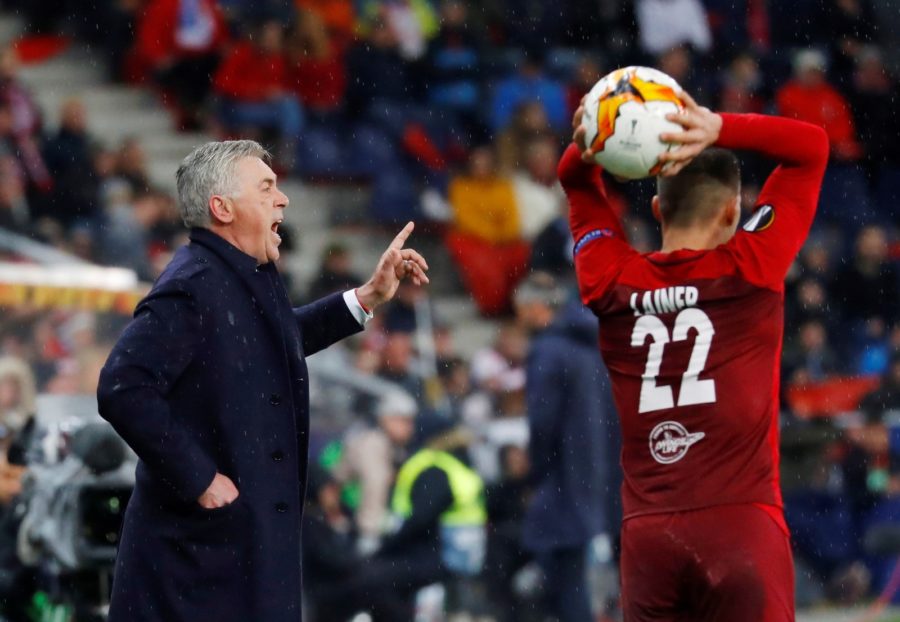 This Friday they will be in the drum to know their rival in the next round.

Carlos Ancelotti’s Napoli secured their place in the quarter-final of the Europa League in Salzburg despite an agonising defeat 3-1 in a game full of woes, but they made good the 3-0 of the first leg and this Friday they will be in the drum to know their rival in the next round.

Insigne’s injury during the warm up presaged that the game would be complicated for Ancelotti´s men. However, Milik´s goal in the 15 min put the tie on track. After the 1-1 scored by Dabbur, Fabian had a chance but his shot hit the woodwork. The subsequent goals from Guldbrandsen and Leitgeb sealed the result for Red Bull Salzburg, but Napoli knew how to play with the advantage of the first leg and secure classification, even though Chiriches and Diawara also had to left the pitch injured.

“We played well in the first half,” said Ancelotti, “Milik’s goal influenced the game. Our goal was to start well, show personality and courage. The rival scored the equaliser because of our error. And then it’s natural for a strong team like Salzburg to try to turn the game around. ” In addition, Carlo praised Mertens and Luperto´s work, which he said, “he played as a veteran, was very reliable.”