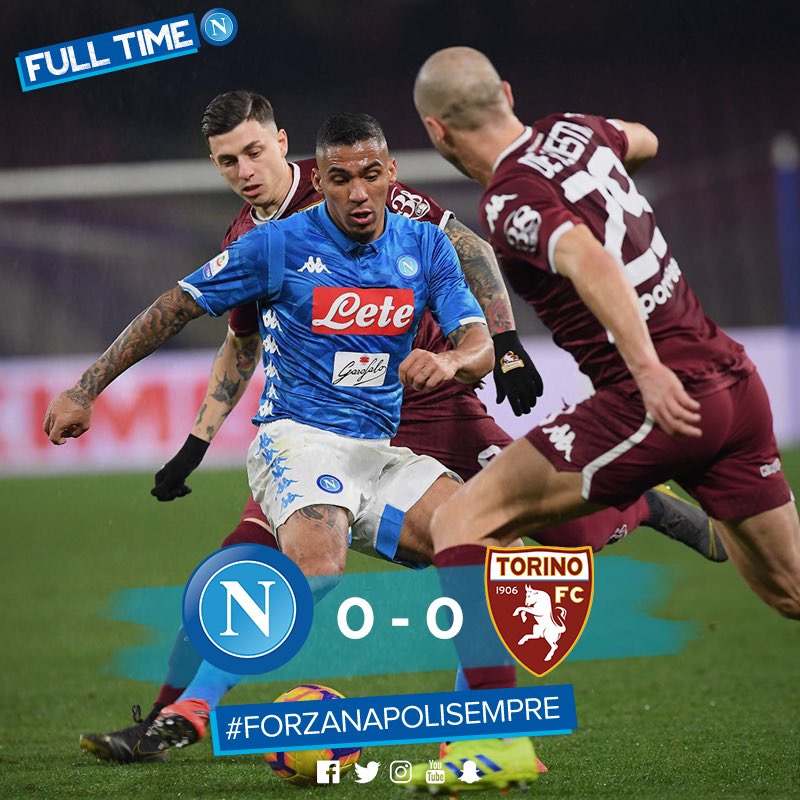 Ancelotti’s men dominated all the match but weren’t able to materialise their generated chances.

Napoli wanted to close the 24th game week of the Serie A with a win to leave the table as it was (their distance towards Juventus) and they played at San Paolo eager to make it happen. They dominated all the phases of the match and they had plenty of chances to score. Nevertheless, the rival defence and the goalkeeper avoided Napoli’s win. “We only lacked a goal. Goals didn’t come like in Florence. You can’t have 18 chances and don’t materialise them. If the team keeps on playing this way with malice and determination, there won’t be a problem, but we need to improve to reach our aims”, said Carlo.

🎙 @MrAncelotti: “The team is in good physical shape – there was no real hangover from the @EuropaLeague game”
⚽️ #NapoliTorino
🇮🇹 @SerieA
💙 #ForzaNapoliSempre

In spite of the problems Napoli had in several matches of the season, Ancelotti thinks they are on the right direction. “This is a team that is playing good football and it needs to continue like this”, said the Italian.
Ancelotti hasn’t lost a single match at San Paolo. A good streak that after this draw against Torino makes 17 games withouot losing, 13 of which have ended with a win for the Napolitans.