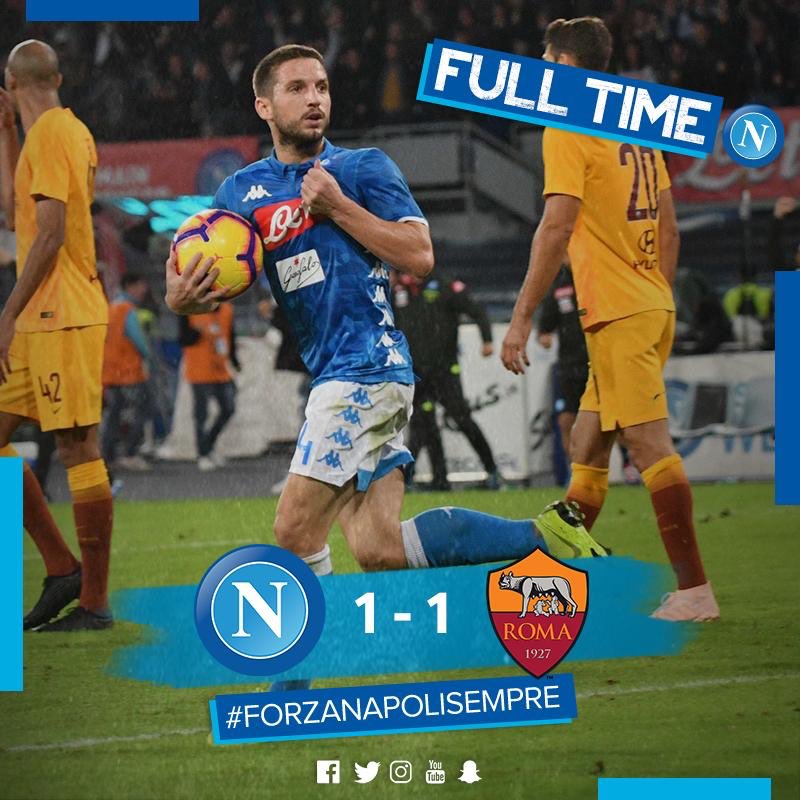 Carlo lived the first Sole derby of his career and made merits to grab the three points. However, AS Roma managed to take a point from San Paolo thanks to a defensive mistake by Napoli in the first half. The Roman team opened the score within minutes from the start. The locals, encouraged one more day by their fans, look for the equaliser at all times having chances throughout the game. However, it was not until the final minutes when Mertens scored the final 1-1. With this draw, Napoli remains second in the table, although Carlo regretted not having taken all three points. “The team has been very prolific, we generated many chances. For the game we have done, we deserved to win, “said the Italian coach.

Napoli faced his league appointment with Roma, only a few days after the demanding match in the Champions League. A circumstance that made the derby even more difficult to prepare. In spite of it, the image shown by the group coached by Ancelotti was very good. “Normally after a Champions League game you can reduce the concentration level. I am very proud of what the team did today, “said Carlo.