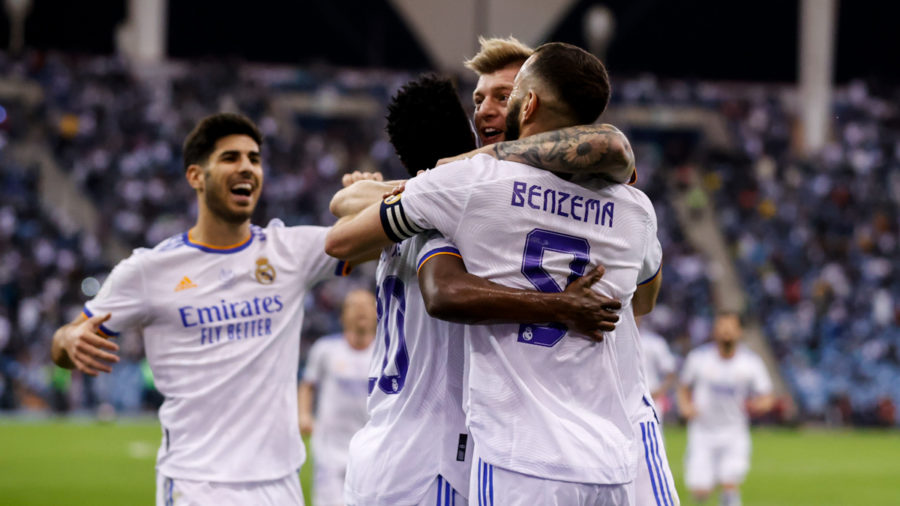 Ancelotti’s team wins their archrival in extra time (2-3) and will seek the season’s first title.

There is no dull Clásico. Carlo Ancelotti had already said it, and he made no mistake. However, Madrid had to wait for extra time to secure a place in the final of the Super Cup. This Thursday, we will know who will reach the final, Atlético de Madrid or Athletic.

In any case, Real Madrid responded as planned and defeated FC Barcelona with goals from Vinicius, Benzema and, Fede Valverde, responding to goals from De Jong and Ansu Fati. All in a tense and disputed match that won Real Madrid. “We have suffered because Barcelona has competed well until the end, but we have known how to respond,” conceded the coach.

So, Real Madrid victory will allow Carlo Ancelotti to dispute a final and conquer a title unprecedented to date in his prolific list of winners: 20 trophies spread over five countries. Next Sunday, Madrid will play against the twenty-first on the table.