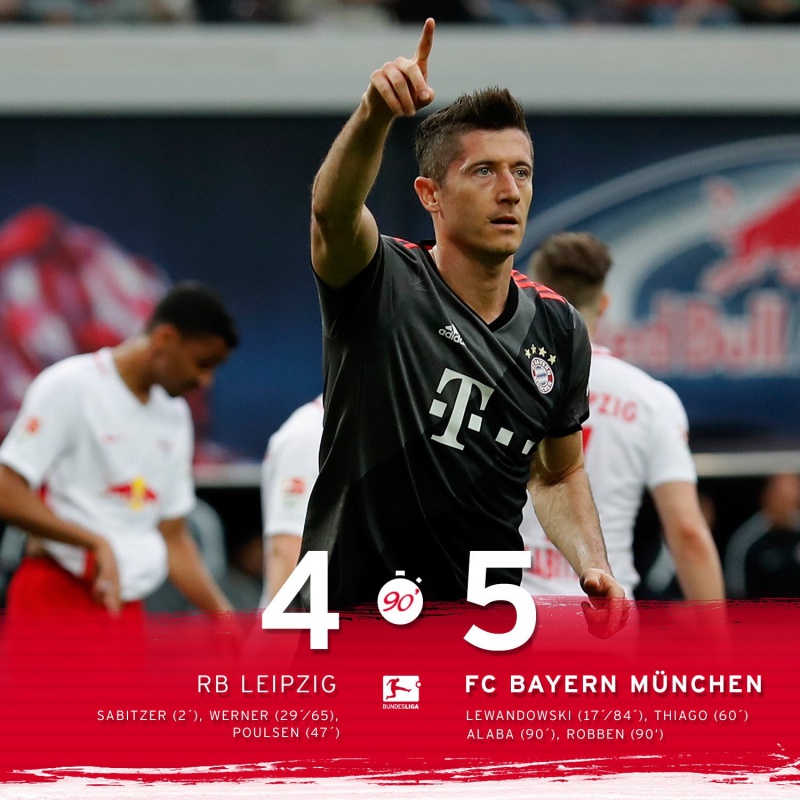 The two best teams of the 2016/17 Bundesliga met at the Red Bull Arena and the match did not disappoint. There was nothing at stake, only pride and Ancelotti proved that his teams always play to win. Leipzig made a fantastic match worthy of praise, but was not enough to beat Bayern who never gave up and ended up coming back. Everything seemed lost when the locals won 3-1 in the 47th minute. However, Ancelotti’s men fought back to win the match thanks to the efficiency of the strikers in the second half.

Bayern has come on top in this football frenzy. Although Ancelotti has regretted that his team was not strong enough in defense. “It was a crazy game, an offensive show. I would have liked to see a better way to defend at Bayern”, said the Italian.

With this epic victory, Carlo has written one more page in the history of football. A few weeks ago the Italian coach reached the 1,000 games as a coach and today has achieved his 600 victory as a coach. A number unachievable for many and that shows that Ancelotti never tires of winning.