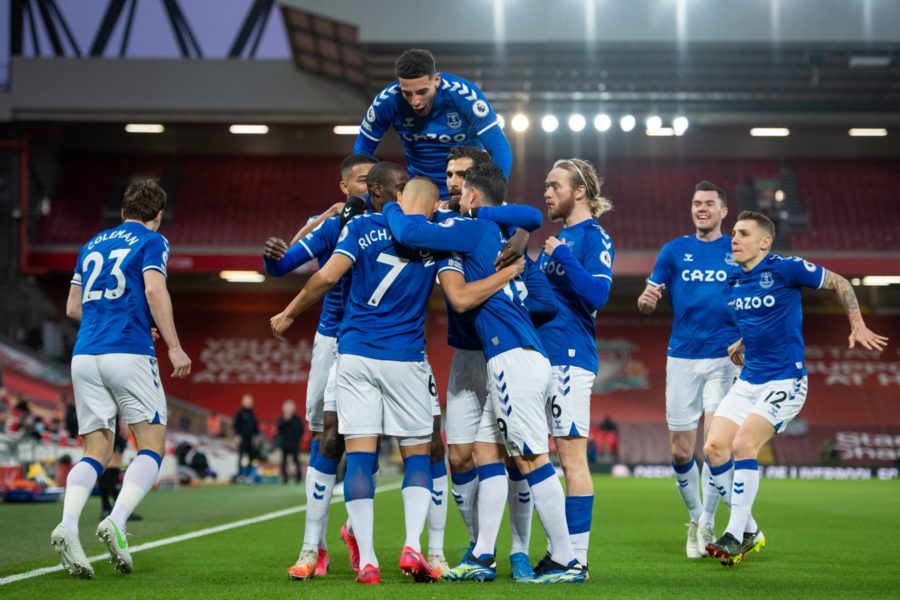 The toffee team beat Liverpool with a good 0-2 and continue their fight to conquer a place in Europe.

There are special matches and wins of great significance. Tonight’s derby at Anfield against Liverpool is undoubtedly one of those moments. Everton, not in vain, hadn’t won at the eternal rival’s home since September 27, 1999, a whole journey in the desert until the 0-2 that Richarlison and Sigurson signed today to enter history. Today many Everton fans will go to bed with a smile and aware of having witnessed one of the great historical, unforgettable moments. Ancelotti, one of the great architects of all this, knew it well: “We want to dedicate this victory to all Everton fans. They have been patient but now we can celebrate this special moment together”.

The night, in any case, began face to face. Within three minutes James had already found his way through the Liverpool defense to serve Richarlison a good ball. The Brazilian, always more than alright, was in charge of making the assist good, scoring the first goal. The goal established Ancelotti’s containment strategy and allowed Everton to dominate Liverpool. Not without suffering, of course.

The second half, it must be said, was a siege on Pickford’s goal, but Everton stayed on their feet and on a counter-attack sentenced with a penalty to Calvert Lewin when he was ready to score the 0-2. However, the one in charge of taking the second to the scoreboard was Sigurson from the penalty spot to close a night that will go down in club history and a place of honor in the career of Ancelotti, who has already beat Liverpool at Anfield with Chelsea and Real Madrid.