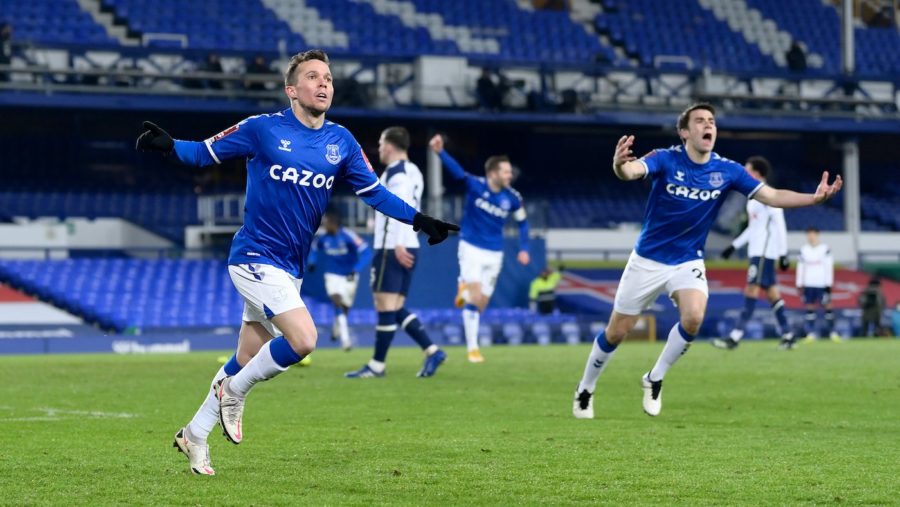 A goal from Bernard in extra time (5-4) made Ancelotti’s team go to the FA Cup quarterfinals.

The FA Cup, the oldest competition in the world, is a vibrant tournament and full of surprises where everything can happen and nothing is like it seems. Everton and Tottenham wanted to be at the level of the competition and gave us a wonderful match at Goodison Park with a historical score: 5-4. Wonderful mayhem that made the toffees qualify for the Quarter Finals.

Davinson Sánchez scored first when Everton hadn’t even started (minute 3) and during half an hour Mourinho’s Tottenham had Everton against the ropes. But with Calvert-Lewin on the pitch, nothing ends until he says so, and on the 36′ the young English player made the equalizer (1-1) and opened the door for a comeback that was materialized before half time with a 3-1. It seemed this turnover was going to leave a placid second half.

The second half, nevertheless, started with a new set of punches from the Spurs who scored 3-2. A goal from Erik Lamela rescued Tottenham and Davinson scored the 3-3. Richarlison made the 4-3 with an incredible shot but nothing was settled as Kane came to rescue the team and made the 4-4 sending the match to Extra Time when everything seemed to be decided.

Extra Time was entirely for Everton as Bernard scored the 5-4 bringing Mayhem. Pity Goodison Park was empty. “It has been incredible, I’m very happy”, said Ancelotti after a historical match for Everton in the FA Cup.