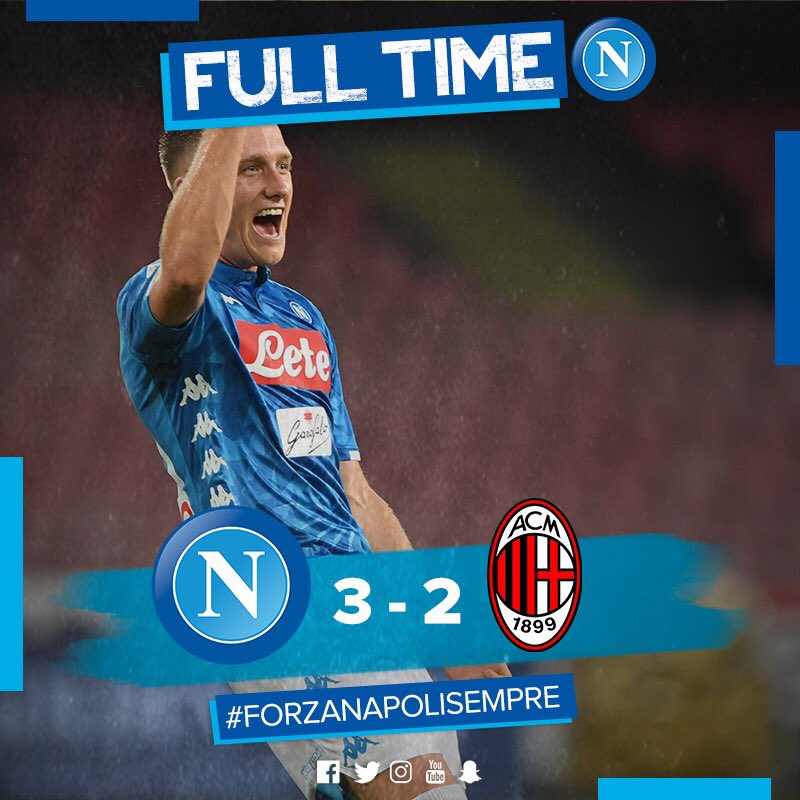 Napoli performed a massive come back against AC Milan to earn the three points in Carlo’s debut in front of his new crowd.

The Napoli vs Milan of Week 2 generated plenty of excitement in Italy and the match was worth it. A thrilling match with plenty of goals and in which the Napolitans proved to have a great character after losing 0-2. Ac Milan proved to be quite effective whenever they reached the rival box and scored two goals out of the only two shots on target they were able to create.

Amidst this difficult situation, Napoli didn’t split up and proved that Ancelotti has given the team a competitive gene to fight for the match until the end. In a fighting exhibition full of aggressive football, Carlo’s men came back in a match they were losing at the beginning of the second half. Two goals from Zielinski and a goal from Mertens seasoned Ancelotti’s debut at San Paolo with a happy ending.

With this new come back (they did the same against Lazio last week), Napoli has won their first two Serie A matches. And this is something that Ancelotti very much liked after the match: “It’s a great win, an extraordinary proof of character. I’m very happy to have given Napoli’s fans a happy moment”, said Ancelotti.