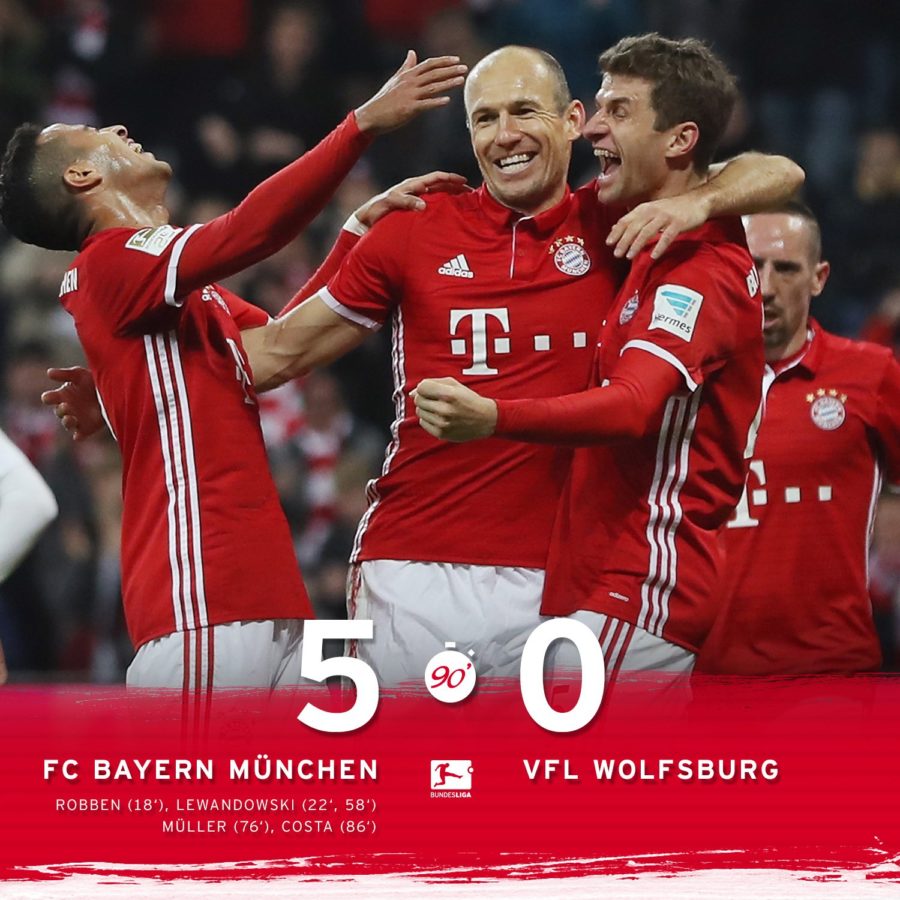 Bayern swept Wolfsburgo aside at the Allianz Arena (5-0) and took advantage of Leipzig result to reach the first place in the Bundesliga.

Ancelotti’s men started the game with great intensity, therefore the local team keep the rival in its pitch and they had so many opportunities, until Robben broke the deadlock after a fantastic strike from outside the area and minutes later, Lewandoski made the second of the night for the Bavarians.

In the second half, Bayern did not get carried away and went for more, and Lewandoski, Müller and Douglas Costa scored the rest of the goals to make it 5-0. Ancelotti stressed his team performance in press conference: “Today we had a good performance”.

The Italian also praised Thomas Müller, the Germán International scored his first goal in the Bundesliga this season. However, Ancelotti emphasied the work done rather than the goals. “Of course I’m happy for Müller but he also does a great work on the pitch when he doesn’t score”, commented.