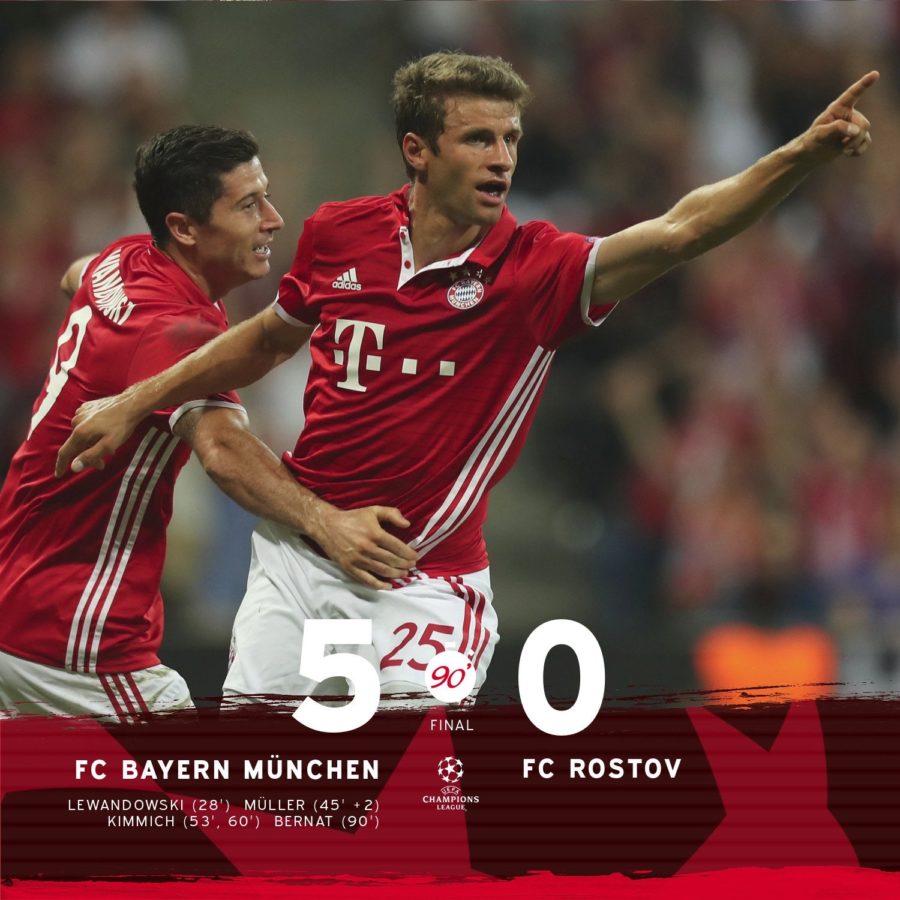 Bayern as expected thrashed Rostov 5-0 to claim the first place of the group D. Ancelotti’s men gave no option in their return to the Champions, for the joy of the fans that attended the game at the Allianz Arena and who celebrated the fifth consecutive win of the season with an outstanding record of 20 goals and not having conceded a single one. No other manager in the Bundesliga has had a start to the season like Ancelotti.

Rostov kept its goal save until Lewandowski found his way to Dzhanaev goal. The Polish striker opened the score in the 28 minute and Müller before the break made the second. With everything going Bayern’s way, Kimmich made a double in the first minutes of the second half that killed the game. Bernat put the icing on the cake in the last minute of the game by scoring the fifth of the night.

Ancelotti, who set another record after coaching his seventh team in the Champions League, was pleased with the performance and ambition of the players: “I’m very happy with this debut. We’ve done a fantastic work and this should be the way to face every game”, commented the coach.