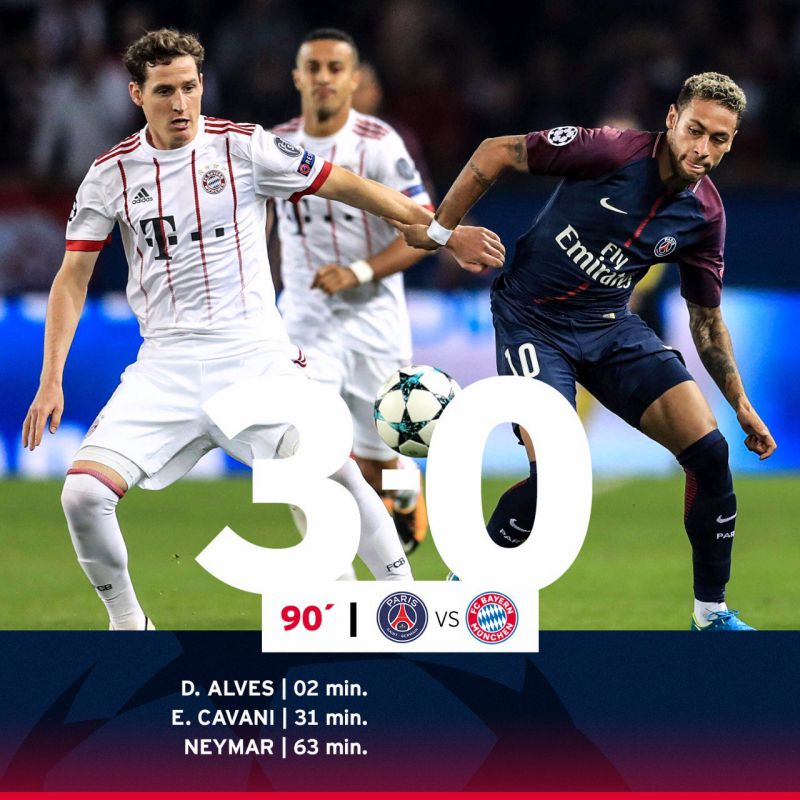 PSG beat Bayern who paid dearly their lack of goal.

Carlo Ancelotti´s return to what it was his home for a season and a half did not have a happy ending. Despite Bayern dominated the game most of the time, Paris Saint Germain was more accurate in the face of goal and won (3-0) thanks to goals from Alves, Cavani and Neymar.

With just two minutes gone from the clock, PSG took the lead after Alves netted the 1-0 after an individual action from Neymar. The second goal for the locals, also in the first half, came after Cavani finished the counter-attack.

🗣 @MrAncelotti continued: “We had good chances, but didn’t have the balance to prevent the counters.” #PSGFCB pic.twitter.com/CSFh7ptARB

Despite the final score, Bayern dominated and controlled the game during several phases. Ancelotti´s players threw 18 corners but they found a very inspired Areola. In the second half, Neymar killed any hopes of any fight back with a goal after Mbappé´s pass.

PSG was lethal on the counter-attack. A circumstance that Ancelotti determined as one of the keys of the game. “That early goal forced us to play higher on the pitch. We had good chances, but no balance to stop their counterattacks,” said the Bayern´s coach.