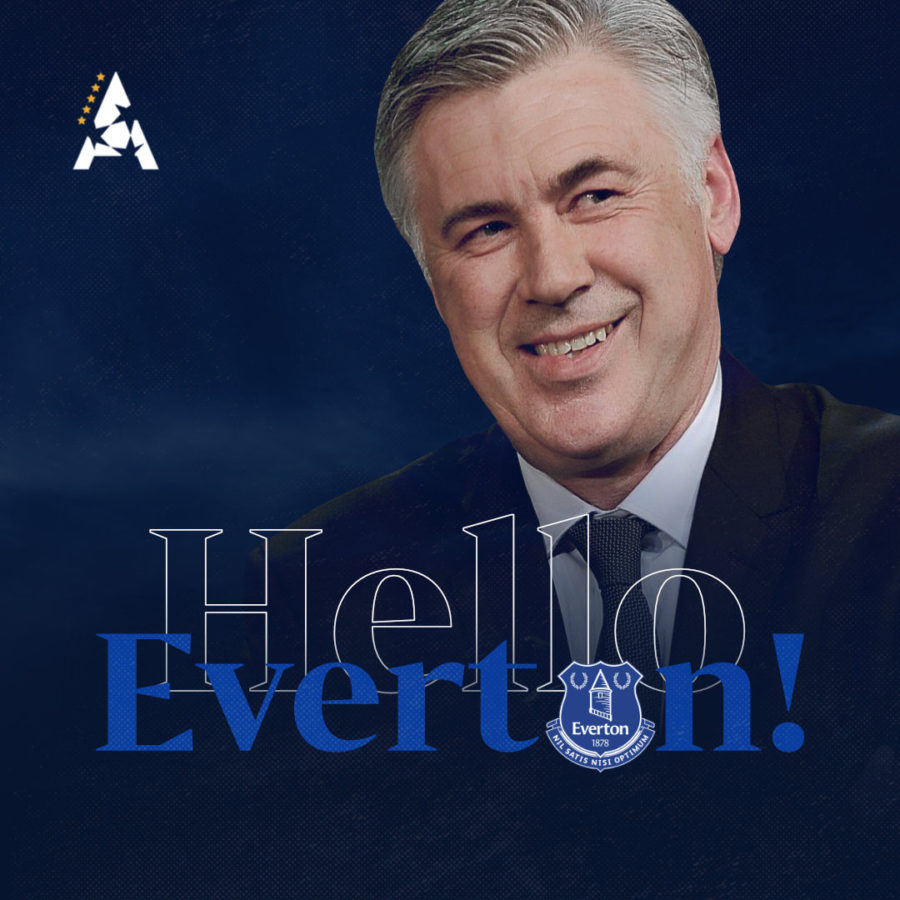 The Italian coach will lead a winning project and take control for the next four seasons.

Carlo Ancelotti has returned to the Premier League. After just a week out of the Napoli job, he has taken on the challenge of coming back to the best league in the world to lead Everton. Accepting the four-and-a-half-year deal put forward by the Toffees, Ancelotti is back in the Premier League, a division where he has already won the title with Chelsea – where he also won the FA Cup.

Ancelotti is extremely enthusiastic about his new challenge, backed by a project that will offer him the chance to do great things once more. “This is a great club with a rich history and a very bright future. There is a clear vision from the owner and the Board to deliver success and trophies. That is something that excites me as a manager and I am thrilled at the prospect of being able to work with everybody at the Club to make that vision a reality”.

“I believe in teamwork – that is the most important thing to create a group that works together to build a dream. With the support of the Board and a very passionate fanbase behind us, I know we can achieve success together.

“I have seen from the performances in the last two weeks that the players are capable of so much. The work Duncan has done is a great credit to him. Strong organisation, strong discipline and the right motivation are some of the key ingredients in football. I am looking forward to watching him lead the side for Saturday’s game against Arsenal and I’m pleased that he will be part of my backroom team moving forward”.