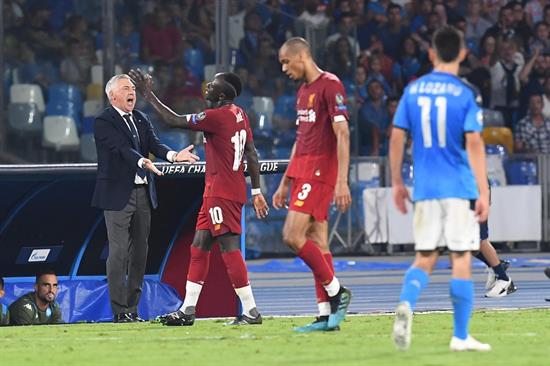 Carlo Ancelotti had already warned: “We want to be protagonists in this Champions League”. Said and done. Napoli beat Liverpool 2-0, the current European champion. A full blow of authority of the Neapolitans, who are willing to qualify for the next round as in the last edition. Mertens first and Fernando Llorente in the last gasp of the game were responsible for repeating last year’s victory against Liverpool. An unexpected win that, however, the faith and work of Napoli paid off.

“It was a very complicated game, but I liked my team, we knew how to take advantage of our opportunities and we competed at a very high level”. Ancelotti´s words reflected the happiness of a coach who knows how to handle these affairs. The victory against the current champion is nothing new for him. Up to three times he has done it before: 1997-98 Parma (1-0 vs Borussia Dortmund); 2002-03 Milan (1-0 vs Real Madrid); and 2013-14 Real Madrid (1-0 / 4-0 vs Bayern). Moreover, in 2003 and 2014 he ended up winning the Champions League. However, Ancelotti does not want to get carried away: “We are proud of the work, but we must continue to grow after this victory. We have a great team and we have to be even better”.