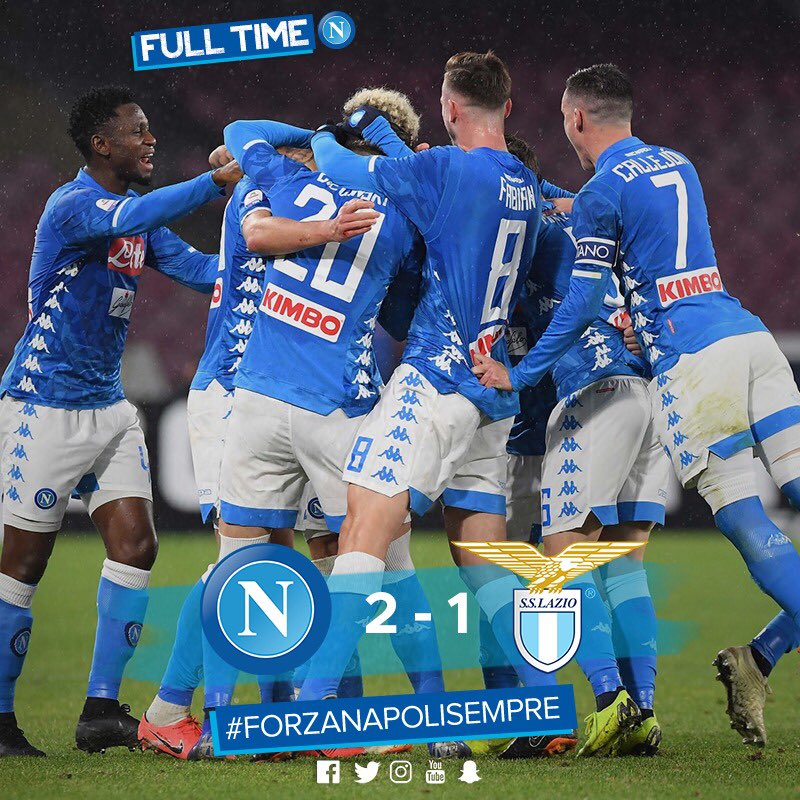 Ancelotti achieved his sixth straight victory at San Paolo. The last time the Neapolitans had such a winning streak was in the 2016-17 season.

Ancelotti continues his triumphant streak at San Paolo. This time against Lazio, that did not put the simple things. However, Napoli played a fantastic game and although they could score a few more goals, they took all three points with a narrow 2-1 win. Alley and Milik scored the goals for the locals in the first half. After the break Lazio closed the gap thanks to Immobile´s goal, but the points stayed at Naples. “Nice victory, we had bad luck to round the result,” said the Italian at the end of the game.
Carlo’s work is increasingly reflected on the team, and although he was present at today’s game with many injuries, Napoli added its sixth consecutive victory before their fans. A winning run that was not repeated since the 2016-17 season. In order to win so many matches in a row, Ancelotti has ensured that the entire squad is ready at all times. “We have a team that allows us to manage well all competitions,” said Carlo.