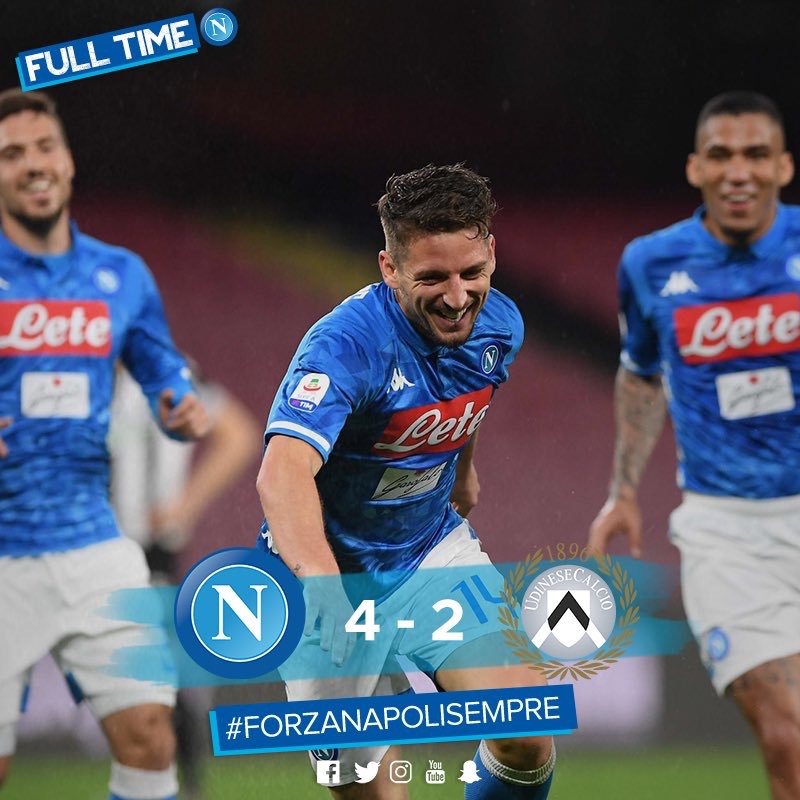 Ancelotti’s team beat Udinese 4-2 in a game marked by Ospina’s injury who was taken to hospital.

Napoli swept aside Udinese and now face the international break with all targets met and ready to recover some players thinking of the decisive moment of the season ahead. However, the San Paolo stand went quiet after Pusseto’s late tackle on the Napoli’s goalkeeper Ospina, Who was taken to hospital just before the break as the Colombian suddenly passed out. Fortunately after the match, Ancelotti reported on his player: “We are calm, it does not seem to be serious. The TAC has confirmed he does not suffer any damages. ” commented Carlo.

The early Ospina blow opened the way to two goals for Naples scored by Younes and Callejón. An advantage that Udinese neutralized against the odds with goals from Lasagna and Fofana. The teams reached the half time with a draw and the team in shock after Ospina´s evacuation. After the break and knowing the goalkeeper was in good hands, Naples played faster and found the way to win with Milik and Mertens as protagonists. They scored the goals and thanks to this victory Naples is three points closer to Juve and keeps Inter and AC Millan at bay.

With everything under control, Ancelotti was very calm through the press conference to analyze the game: “We have achieved a good result in a difficult match. The international break will be quite handy to recover players”, concluded the Italian coach.